Near India’s eastern border with Myanmar, in the hill state of Arunachal Pradesh, around 50,000 members of the Apatani tribe crowd into a single upland valley.

The Apatani are closer to their roots than many other Asian tribes, having enjoyed years of isolation from outside rule. It wasn’t until the early 20th century that British administrators first took an interest in this Himalayan ethnic group. Rather remarkably for the time, the Europeans claimed to like what they saw.

Unlike their tribal neighbors, the Apatani had embraced the concept of private property and used superior agricultural techniques to build a comparatively settled way of life. Men and women alike worked their grid of paddy fields all year round, irrigating crops by means of a sophisticated network of dams and canals. “With their industriousness, their passionate sense of order and tidiness and their budding feeling for beauty, they had created and maintained an oasis of stability within a world of semi-nomadic, improvident tribesmen,” recorded Christoph von Fürer-Haminedorf, an Austrian anthropologist whose 1944 government study served both to understand the enduring ways of the Apatani and to speed the arrival of new ones.

More than 70 years later, the wet-cultivation expertise of this mountain tribe remains intact. (It’s currently anchoring a bid for UNESCO World Heritage status.) Meanwhile, the Apatani tradition of female tattoos and nose plugs has been fading for the past half-century.

Thorns pierce the skin; the dark-blue pigment is a mix of soot and animal fat. The tattoos consist of a thick line that runs from the forehead to the tip of the nose, and then five thinner ones along the chin. Until recently, all Apatani girls underwent tattooing around the age of five or six. They would also have their nose pierced, and a pair of pins inserted into the nostrils. The holes would grow until they were large enough to accommodate a pair of a permanent bamboo plugs.

The practice was not optional; nor, in an era of rapid change, was it guaranteed to survive. In 1972 the Apatani Youth Association lobbied successfully to put an end to nose plugs. Nowadays they are now only found on older faces.

The nose plugs came about long ago as a way for Apatani men to make their women less attractive to belligerent neighbors, thus sparing them from abduction. At least, that’s what people used to say. Today’s Apatani, less dependent on received wisdom, have begun questioning the truth of this backstory. Some instead offer the tale of an aging spinster who received a divine message to use face-ink and nose plugs to secure a husband; others simply refer to the practice as an ancestral beautification technique.

When the current crop of grandmothers passes on, will the nose plugs they wear go the way of the grass skirts, brass hoop earrings, and fiber raincoats of their ancestors before them? Not necessarily. Some Apatani preservationists are reclaiming old ways, pitching the government to help fund a switch from corrugated iron back to bamboo as the default roofing material in their villages. And some young women are now opting for face tattoos, although they’re waiting until adulthood to get them. Sure, the nose plug may have to take a more discreet form than it used to. But who’s to say it can’t make a comeback? 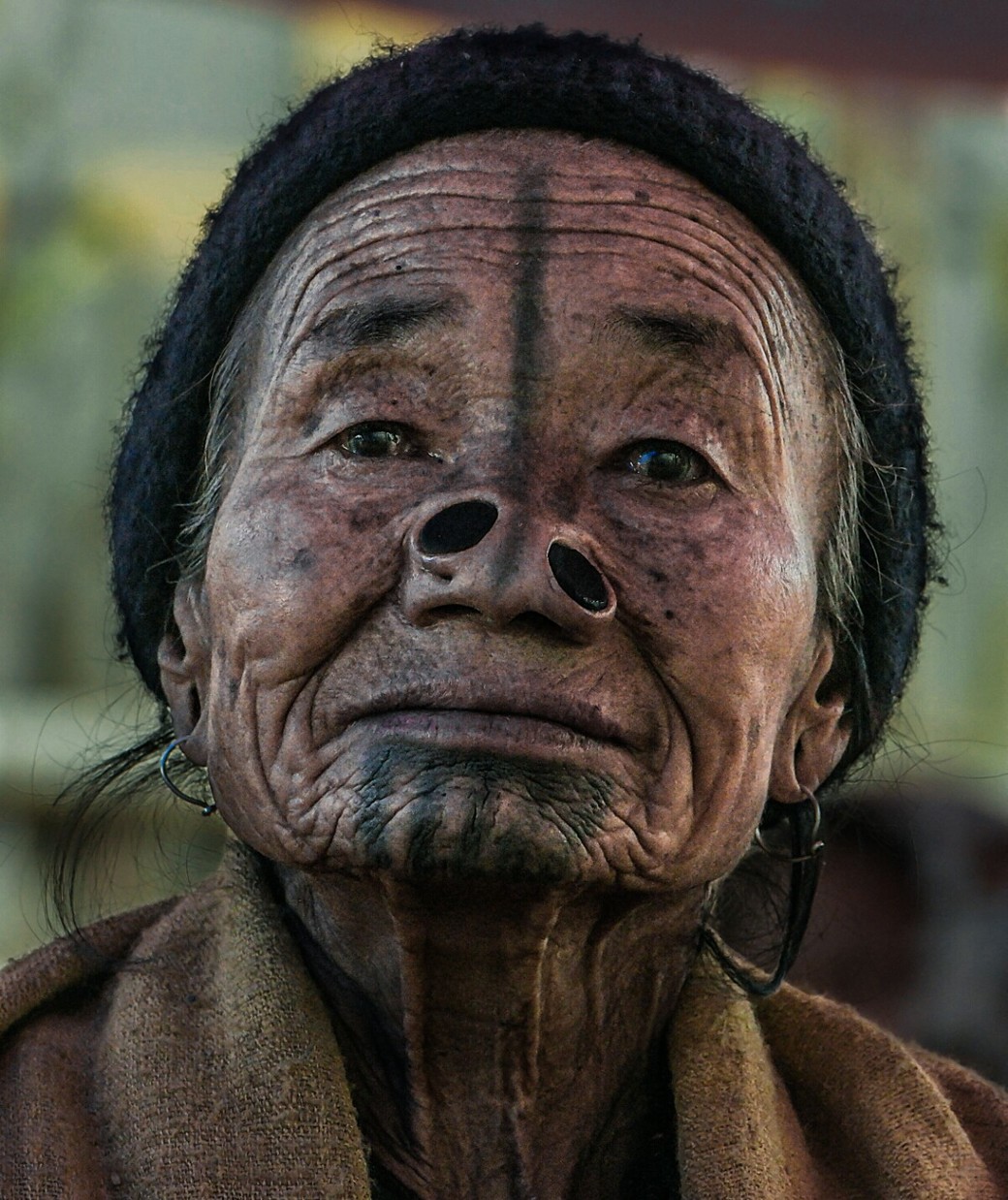 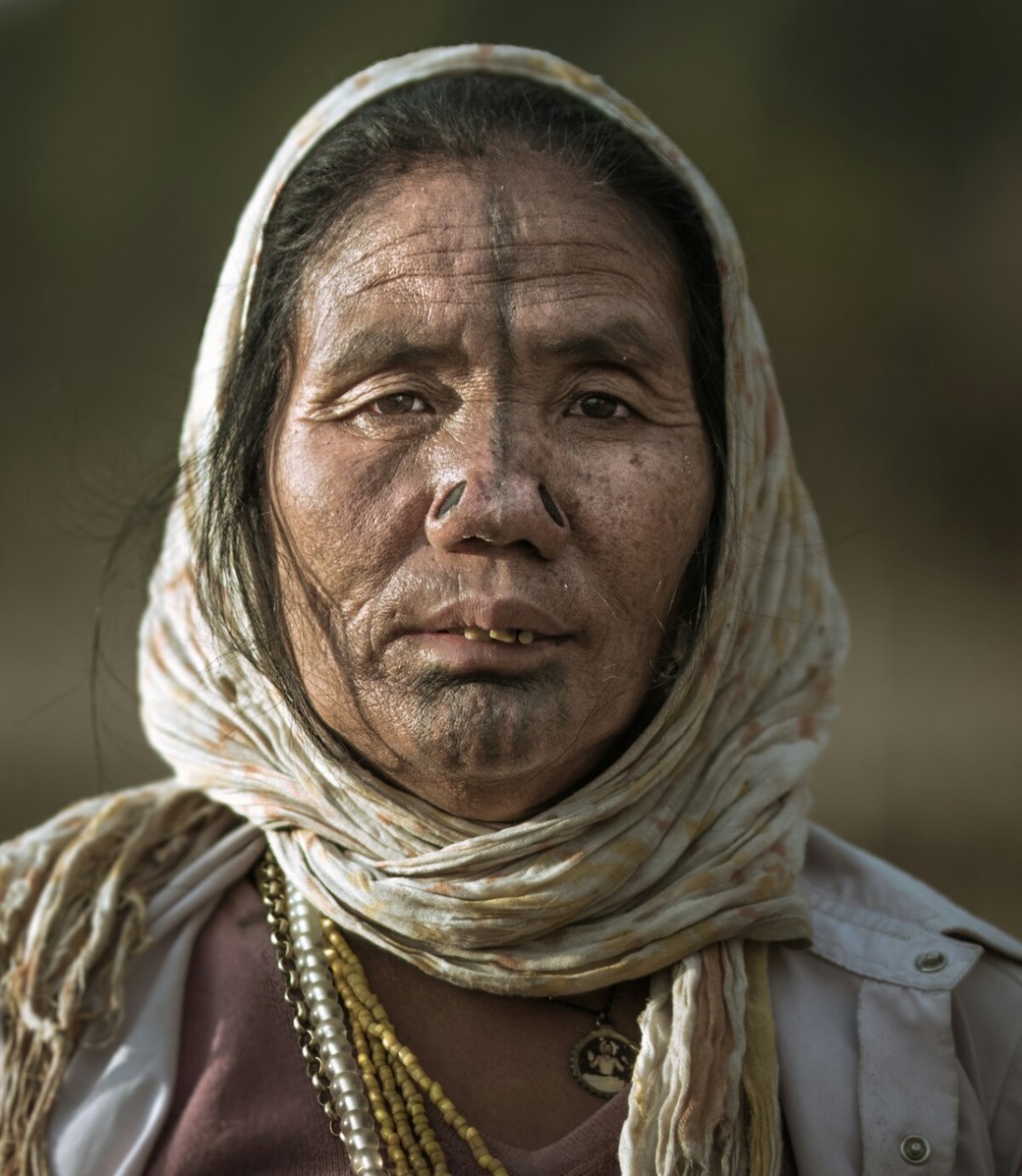 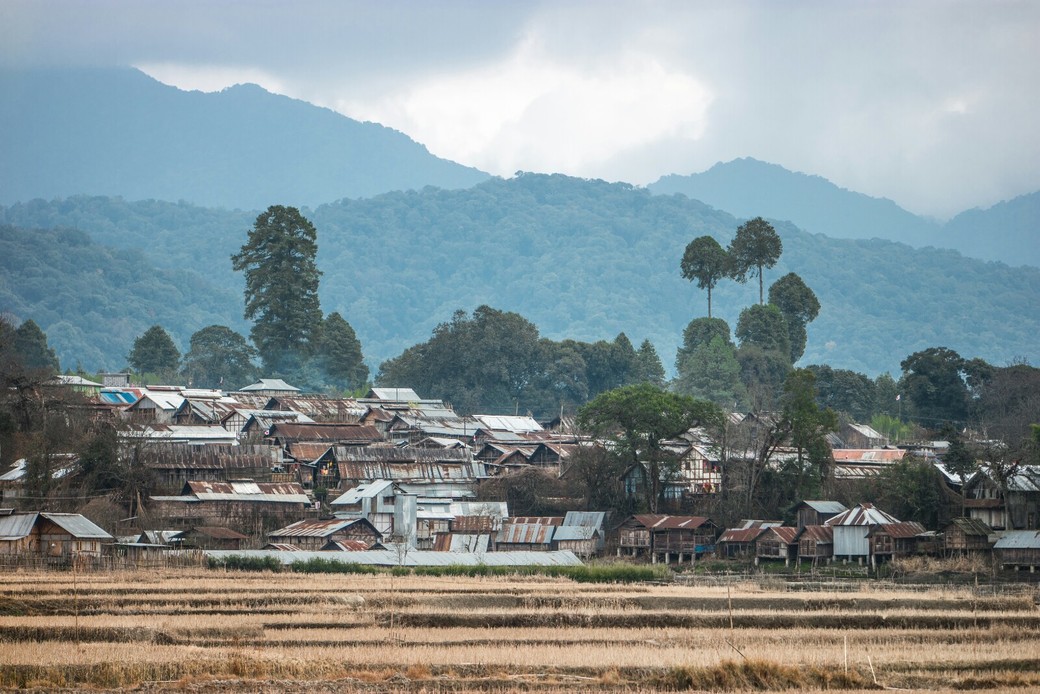