An Ancient Fertility Rite in Japan

Every April on Lake Biwa, the Sanno Festival Helps Plant the Seeds of Spring

The original religion of Japan was Shintoism—not the state-created revival faith of the Meiji era but a loosely defined folk animism which held that the kamisama (gods) inhabited every living thing, and sometimes non-living ones as well.

Japan’s oldest book, the Kojiki, is a primary text of Shintoism. Like the Greek myths, it is full of lusty cosmic beings that cause much havoc and mischief. In one of the most memorable stories, the Sun Goddess hides herself away in a cave, turning the Land Of The Rising Sun into the Land of The Sunken Sun. All is restored when another goddess does an impromptu (and very lewd) strip-show for the delight of the other deities, who laugh and clap so hard that the Sun Goddess can’t resist coming out.

Could this be considered Japan’s first festival? First of very, very many: the national appetite for traditional group celebrations persists, even as religious belief has plummeted. (Less than 30% of Japanese claim to adhere to a religion, despite a widespread incorporation of Shinto, Christian, and Buddhist traditions and rituals.) This cultural quirk is on full display at the Sannomatsuri, or Mountain King Festival, one of the oldest and most thrilling examples around. It takes place every spring near picturesque and historic Lake Biwa, in the Shiga Prefecture city of Otsu, just east of Kyoto.

Japan, where mountains were once considered sacred, is home to nearly 3,800 "mountain god shrines." Among these, Otsu’s Hiyoshi-Taisha is an elder statesman: mentioned in the Kojiki, it dates to the 8th century. The Mountain God Festival does, too. In 791, Emperor Kanmu donated two portable shrines to Hiyoshi-Taisha, each of which allegedly contained a god: one male, one female. Every year since then, the locals have held a festival for them, providing a chance for high and low society to congregate and pray for peace and an abundant harvest. Nowadays, with 60% of Japanese benefiting from lifetime employment, it is probably more common to pray for an abundant summer bonus. Spectating has gotten easier. In previous centuries, the officials who organized the proceedings would patrol the sidelines, whacking irreverent onlookers with bamboo sticks, sometimes providing additional entertainment in the process.

The festival goes on for several days in April. On one day, some 300 volunteer porters, many of them students from a local high school, carry the male and female mikoshi (portable shrines) up a mountain. Their destination is Hiyoshi-Taisha’s main building, which sits on the summit. The one-kilometer journey takes nearly an hour, with the porters hauling their one-ton palanquins accompanied by the roar of a yelling crowd and the regular beats of wooden clappers. At the top, the two gods are left to "consort" with each other. Later a ceremony is held, umanoshinji, symbolically marking the marriage of the two randy Gods. Good fortune abounds for all who attend.

Within a day of getting hitched, the Gods symbolically give birth. The Yomiya Otoshi (“Night Dropping Ritual”) is carried out at the climax of the festival, late at night, with seminude men shaking and rattling the mikoshi, simulating the tremors and pains of childbirth. This time-honored pantomime has extra resonance in the 21st century, when Japan’s perceived decline of coupledom and sinking birth rates are matters of grave social concern. For the age-old mountain gods, though, the old forms of bodily exchange are alive and well. 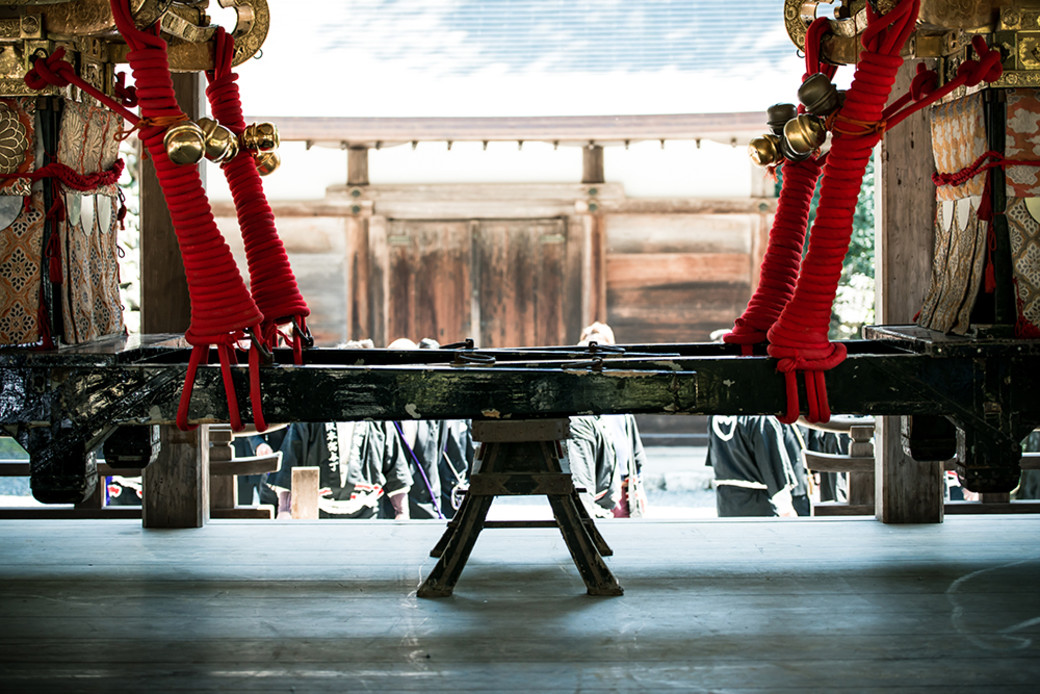 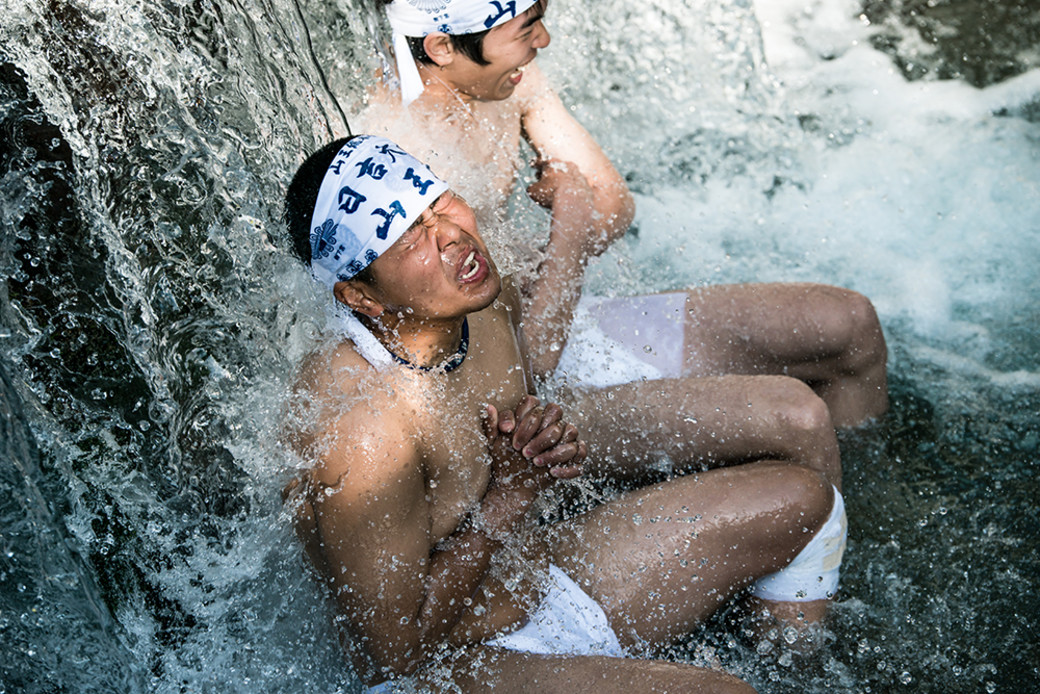 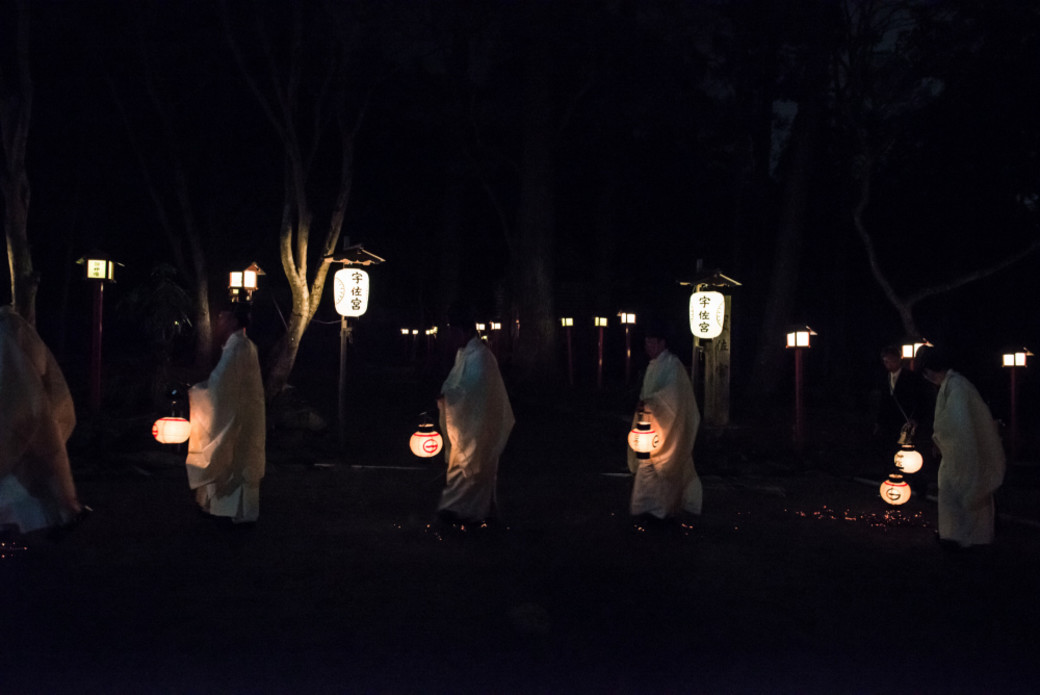