In Andalusia, after decades of overhunting, Iberian ibex are on the up

Wild goats are usually associated with high-alpine environments, where they are masters of severe terrain and withering winter conditions. The Iberian ibex (Capra pyrenaica) is bit of an exception to this rule. Compared to its counterparts in the Himalayan and Rocky Mountain ranges, this sure-footed native of sunny, temperate Spain would seem to have things easier.

But the animal’s gentler habitat has been a mixed blessing. Natural and man-made environmental changes have caused populations of C. pyrenaica to fluctuate over the past few millennia, and overhunting led to a major decline in the 20th century. Only now, thanks to sustained conservation efforts, are these wild goats (the largest mammal endemic to the Iberian Peninsula) returning to their original territories in noteworthy numbers.

Biologists recognize four subspecies of Iberian ibex. Two of these—the western (C. pyrenaica lusitanica, once present in Galicia and Portugal) and the Pyrenean (C. pyrenaica pyrenaica, whose last individual died in 2000) are gone forever. Two remain: the victoria, which is native to central Spain; and the hispanica, which hails from the southern and central regions. Both, hearteningly, are on the rebound, thanks to reintroductions and stringent protective measures. Tens of thousands now inhabit the Spanish sierras, and populations have been reintroduced in France and Portugal. Ibex are among the most coveted trophies on the Peninsula; hunting them outside of national parks is legal, albeit strictly regulated.

The cabra montés, as it is called in Spain, is especially widespread in Andalusia. Sierra Nevada National Park, just east of the city of Granada, is home to 15,000 ibex. The Sierra Nevada is the second-highest mountain range in Europe and an ideal refuge for the species, with elevations ranging from 11,000 feet (just under 3,500 meters) down almost to sea level.

Within the province of Granada, the ibex can be found everywhere, including the semi-desert badlands of the Hoya of Guadix. Wildlife watchers spot them on beaches and sun-dappled coastal cliffs, but also grazing along the shores of high-elevation alpine lakes. Rarely, though, do the ibex stray too far from the up-and-down topography for which their bodies are specially designed. They leap across slot canyons with ease, negotiate razor-thin ridges like tightrope walkers, and disappear in a flash over rocky outcrops. Their agility in vertical landscapes that would freeze most any other four-legged creature is the stuff of legend.

The cabra montés is a social species, albeit one that segregates itself by sex for most of the year. Males form separate groups, in which they do battle (often at sunrise) in order to establish hierarchy. Iberian ibex are polygamous, meaning that a single dominant male will impregnate several females during the autumn rut. Females carry their young for five months, then retreat to remote locations to give birth.

Mothers gather with their offspring in nurseries in which the females share the task of watching over the kids. The young acrobats will quickly learn to move up and down steep grades, using a mix of savvy premeditation and specialized hooves (theirs have 16 independent support points) to advance across uneven terrain. Moving through the Mediterranean mountains is their skill. And Sierra Nevada National Park has the most genetically diverse population of Iberian ibex in the world, which bodes well for their survival there. 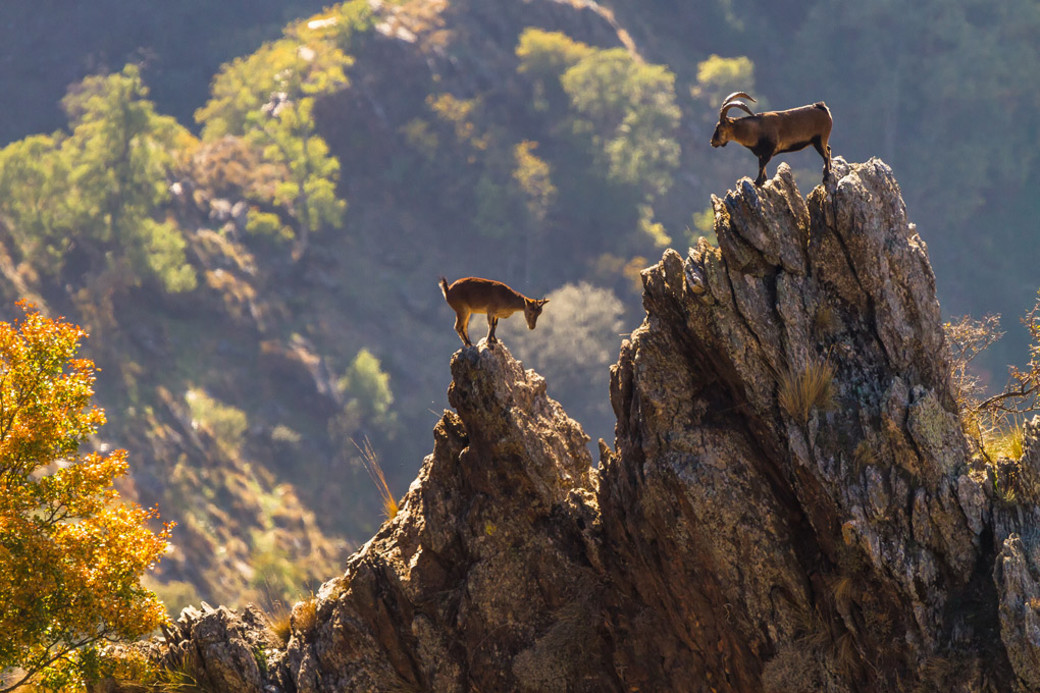 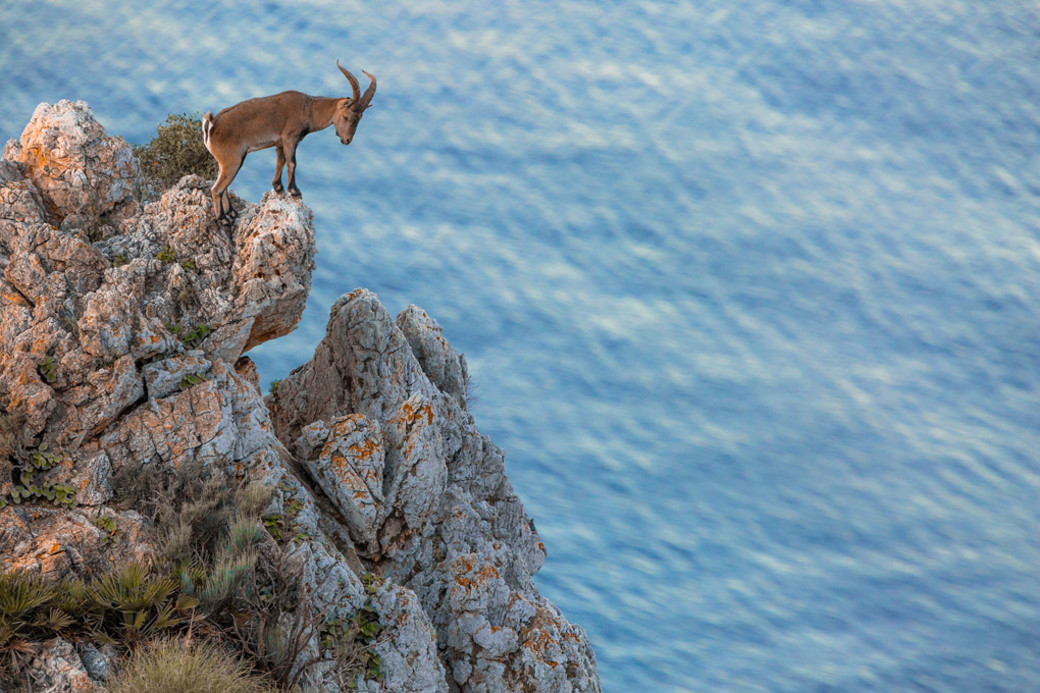 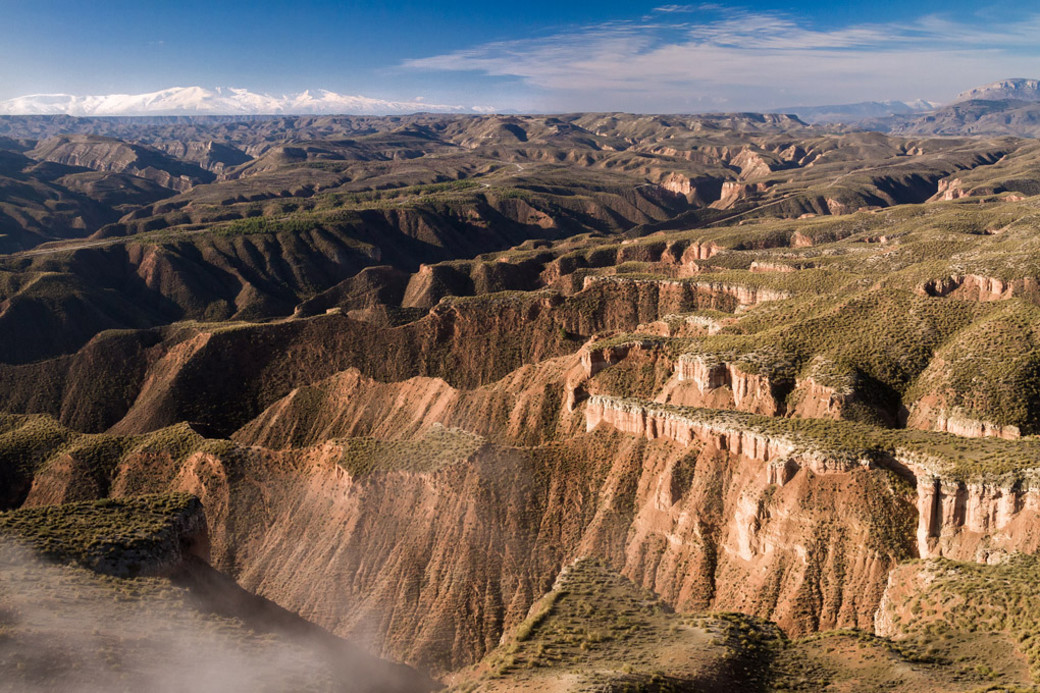