Lots of Space for America's Iconic Bear, but Maybe Not Enough

The American West has a reputation as a wide-open place for ramblers, pioneers, and other restless types. One of the region's most iconic travelers is the imposing grizzly, which goes ranging through the mountains, lakes, rivers, and meadows of Wyoming's Greater Yellowstone wilderness areas in its ongoing pursuit of food. Foraging grizzlies might just as soon find themselves on highways and private roads, for the boundaries set by humans mean little to these animals. But in the changing landscape of the West, such boundaries and their makers may weigh heavily on the grizzly's fate.

Also known as the North American brown bear (Ursus arctos), the grizzly has a telltale shoulder hump and silver-tipped fur to distinguish it from other, generally smaller, species. On the one hand, this bear represents a conservation victory. Grizzlies in and around Yellowstone National Park may number more than 1,000; there are more of them in the area now than at any time since the park's founding in 1872. Meanwhile, ranchers and hunters are among those now arguing that there are too many, and uncertainties remain about the long-term stability of the population's all-important female (sow) bears.

The most impressive of these is a mama bear known to wildlife managers as 399. She is the best-known wild grizzly in Wyoming, if not the world. Born in 1996, 399 has raised several broods of cubs within the unfenced confines of Grand Teton National Park, including three sets of triplets. It's not just her reproductive success that is notable, but the uncanny adaptation she has made to the so-called front country, where 399 has taught her cubs how to stalk elk in full view of human onlookers and caused traffic stoppages (“bear jams") along the park's roadways.

Grizzlies are the largest land-based predators on earth. They are also (like homo sapiens) omnivores, calorie-demanding opportunists with a diet of staggering variety. Researchers have identified more than 266 of plant and animal species that Yellowstone grizzlies naturally eat—mostly plants, although the menu includes everything from fungi to other bears and dirt. Ants are a staple, cutthroat trout a favored treat; Wyoming's bears also often feast on elk, whether killed by the bear itself or discovered as a carcass. Whitebark pine seeds and fatty moths function as grizzly “superfoods," especially during the ravenous pre-winter eating phase known as hyperphagia.

Harder to observe and quantify than the grizzly's feeding habits is the cultural significance of its existence in the wild yet accessible environs of Greater Yellowstone. Todd Wilkinson writes in Grizzlies of Pilgrim Creek, a book of remarkable photographs by Thomas Mangelsen, that centuries of crowding and human harassment have turned Europe's few remaining bears into “meek, stealthy prowlers. " In America, however, the Greater Yellowstone grizzlies still go about their business with a good deal of the boldness of their ancestors. They spend most of their time sniffing. But they will also look a person in the eye, whether that person likes it or not.

These photographs appear in Thomas Mangelsen’s Grizzlies of Pilgrim Creek: An Intimate Portait of 399 (Mangelsen Images of Nature Gallery/Rizzoli, 2015). They are used with permission. 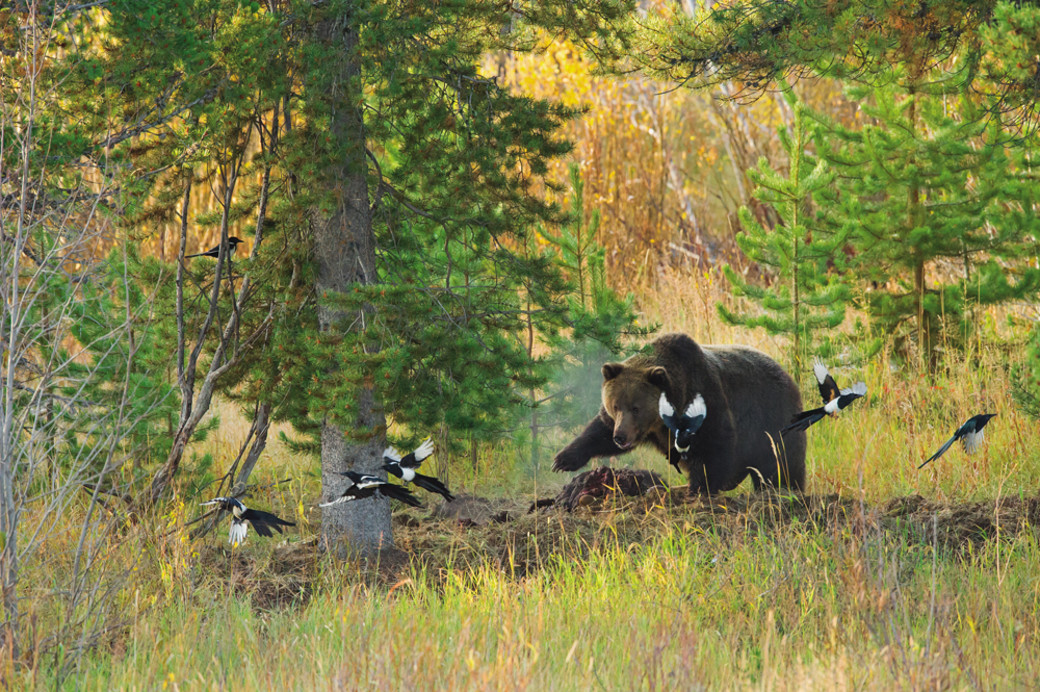 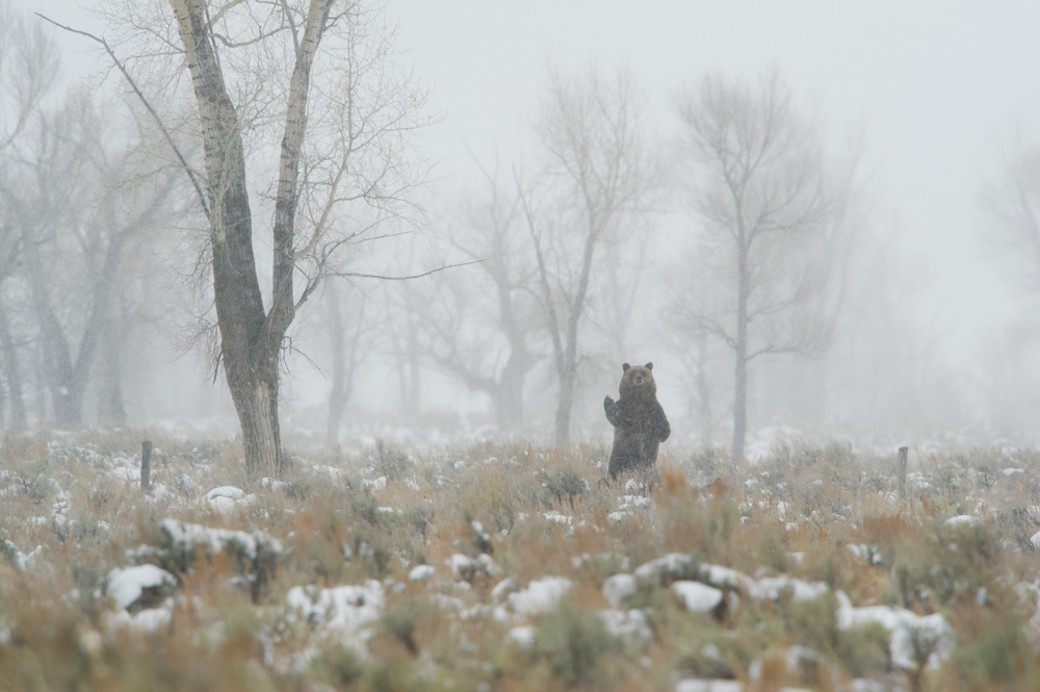 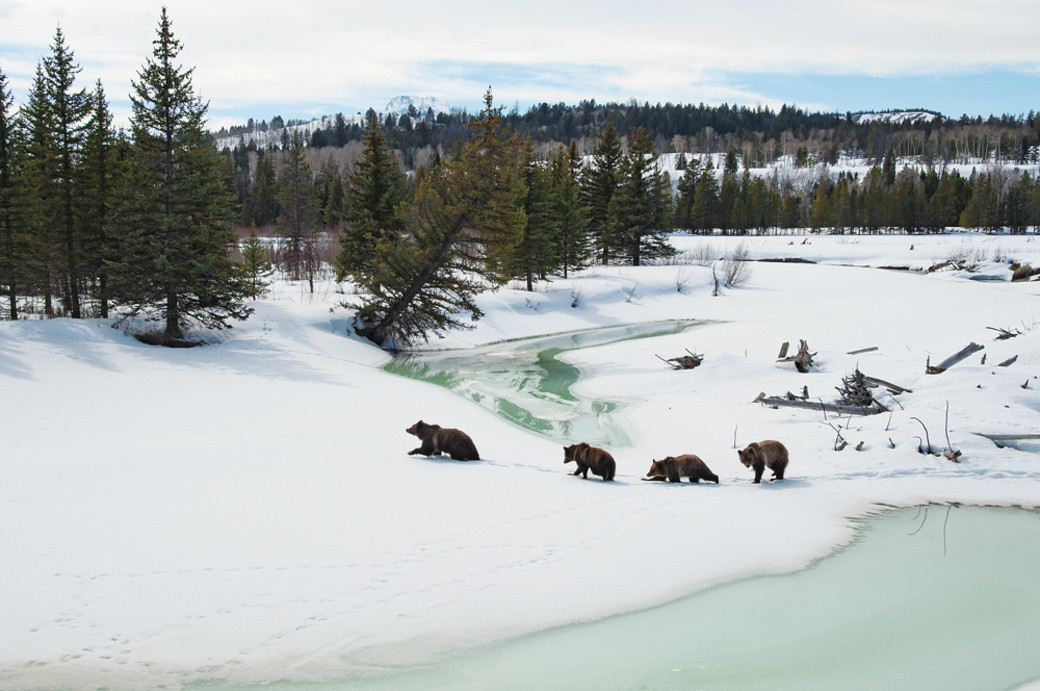