Only in the Galápagos: The Marine Iguana

The marine iguana (amblyrhynchus cristatus) occupies an isolated and offbeat domain of the reptile kingdom. Unique to the remote Galápagos, this species is the world's only aquatic lizard. It eats sea algae, and dives for its dinner—it can stay submerged for more than half an hour, and adult males have been known to swim at depths of 60 feet or more.

Darwin noticed these abnormal abilities on his formative trip to the Galápagos in 1835. He was intrigued by this strange species, but also revolted. “It is a hideous-looking creature, of a dirty black colour, stupid, and sluggish in its movements," he later wrote; he referred to marine iguanas as “imps of darkness." Still, he took note of their swimming abilities and their strong arms and claws, which they use to clamber over piles of cooled lava and cling firmly to rocks against the pull of the current.

Darwin found in the marine iguana a striking example of a species that had adapted to its environment. Its short, blunt snouts and small, sharp teeth allow it to scrape algae off rocks. Thanks to its dark coloring, it can absorb heat quickly after a spell in cold waters—a recovery effort that is crucial for digestion. Because of their feeding practices, marine iguanas tend to ingest huge amounts of salt. To keep it from entering their bloodstream, they noisily excrete salt crystals from their nasal glands, a 'sneezing' habit that causes the salt to cake on the head—hence the powder-faced look. Visitors to the Galápagos often find marine iguanas basking in the sun near the shore, sometimes in the thousands. They are not dangerous to or particularly fearful of humans. 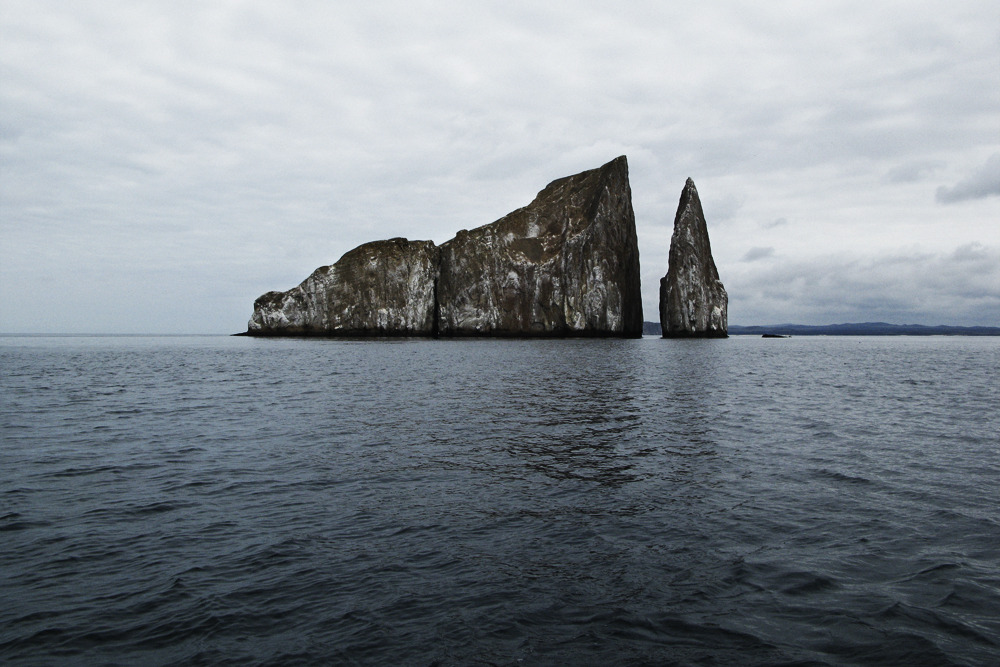 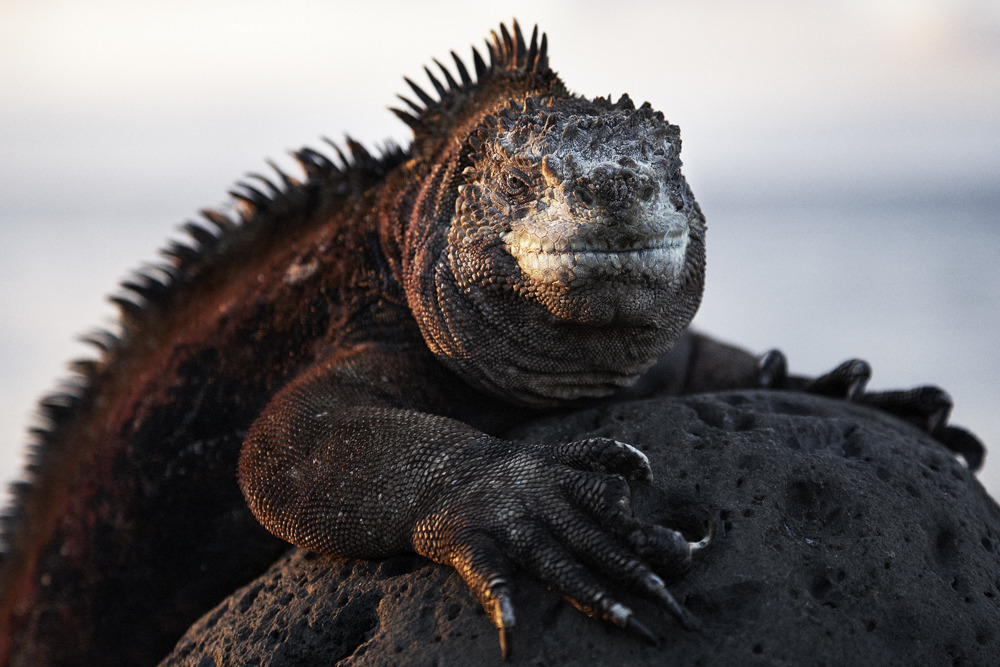 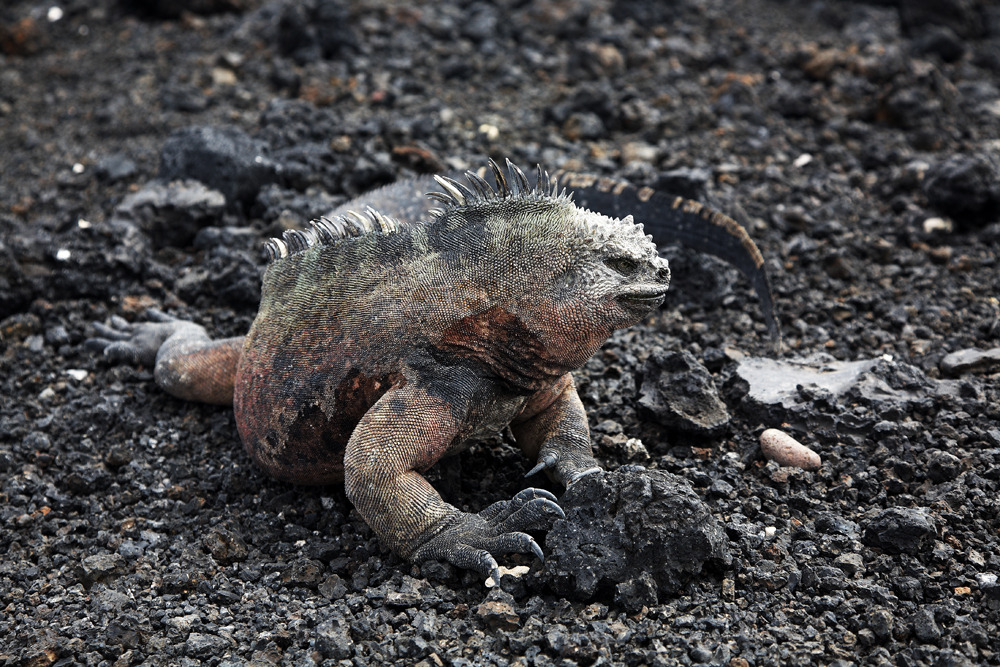