Romania's Rustic Cheese, and the Shepherds Who Make It

In the Bucovina sheepfolds near the high point of the Rarau Mountains, there exists a practice of shepherding that dates back as far as the Mesolithic period.

Like many shepherds in the region, Vasile Alboi starts his climb up the mountain in the early spring. Along with the four men he has hired for the season, they herd the villagers’ four hundred cows, sheep and goats through groves of beech trees, along well-worn paths and up to the highland pastures that will be their home for the summer months. This ancient form of transhumance, the seasonal practice of moving livestock from one grazing ground to another, is something he learned as a child from his father, the knowledge passed down for generations.

In Romanian folklore shepherds are a loaded symbol of the country’s pastoral roots. Said to be the country’s defining myth, The Ballad of Morita tells the tale of a good Romanian shepherd who lets himself be murdered by jealous rivals after being warned of their plan by one of his lambs. In a land dotted with monasteries decorated with murals of sheep, there is something Christ-like about the magnanimous martyrdom of the shepherd.

Beyond their cultural potency, shepherds have long performed a central working role in a country that came late to industrialization. Today thirty percent of Romania’s active population still works in agriculture, and the Carpathian mountains cover two thirds of the country’s surface area. It is in these highland valleys that Vasile started his own stână, or sheepfold, three decades ago. And it is here that his crew produces cheese for the villagers and themselves.

Known as caș, it is a smooth, high-fat, relatively simple cheese. (Caș is also the starting point for Romania’s prized, pine-wrapped Branza de Burduf cheese). It comes from the cows, goats and sheep that the shepherds milk during the pre-dawn, and pre-dusk hours every day. Once the milk is gathered, one of the shepherds herds the flock to richer grazing pastures, while the rest of them stay behind to boil the milk, mix the curd and strain the cheese through cotton netting. There is no electricity, no refrigeration and no modern tools.

They make the cheese in the same small wooden shack that they sleep and eat in every night, oil lamps glowing in the smoke, wind whistling through the slats, everything smelling of milk and sheep.

It is a life of few comforts, and sheepfolds like Vasile’s are becoming increasingly rare. The practice is in peril as young men leave for better paying and less arduous jobs in Romania’s cities and beyond. At 78, Vasile is not as strong as he was, and the summer depicted here was his last away from his family. Still, coming down the mountain one last time, he knew that he would miss much about the only life he had known. 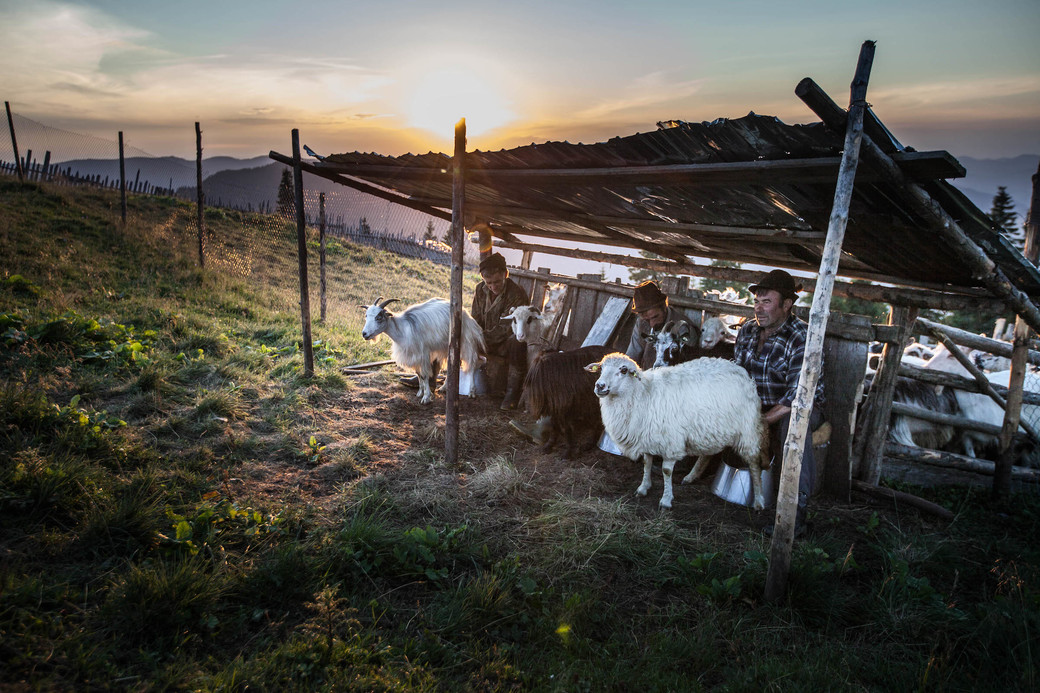 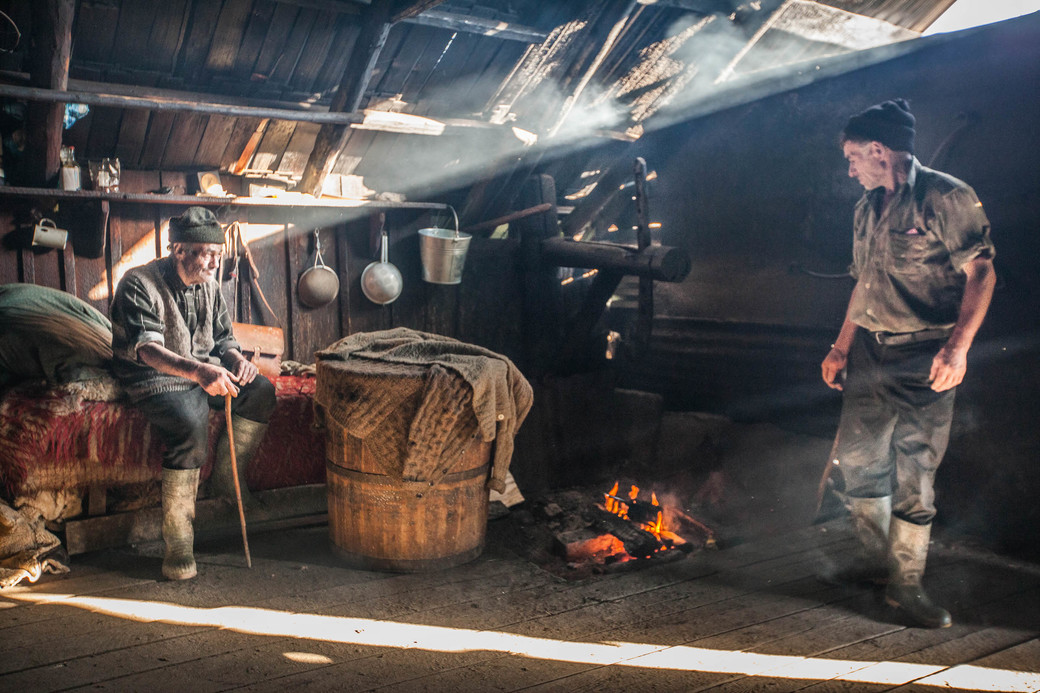 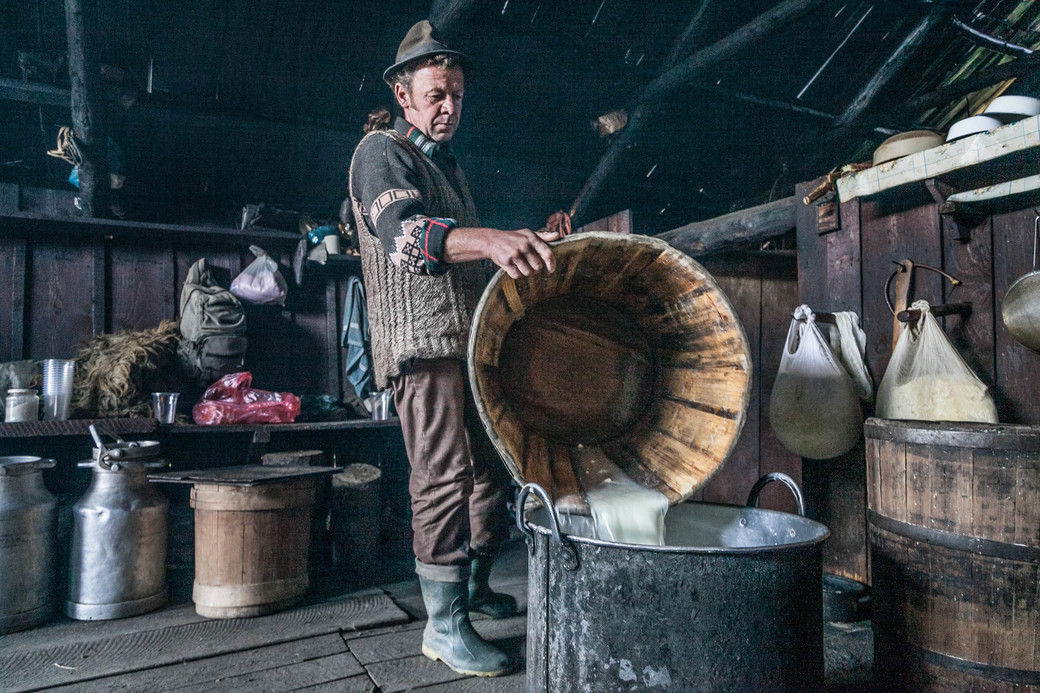