The Best Cold-Water Divers on Earth?

The whales, sea lions, and penguins of Antarctica migrate to points north during winter. Most of the continent's well-insulated seals seek out warmer regions, too—with the exception of one species. Unique among Antarctic mammals, Weddell seals stick it out year-round.

Weighing more than 1,000 pounds, they are distinguishable from other types of seal by their short snouts. But it's this creature's preternatural underwater abilities that truly set it apart. A Weddell seal can dive to depths of 700 meters, and has developed an ingenious method for stalking fish underneath frozen-over sections of the Ross Sea: it swims down and then gazes up, looking for silhouettes against the ice's illuminated underbelly.

The Weddell seal stalks, eats, and digests its prey all while holding its breath. (A range of adaptive internal traits protect it from the extreme pressure of the lower depths.) A typical foraging run lasts 20 minutes, although Weddell seals have been known to go for more than an hour before surfacing. To refill their lungs they must find their way back to a crack or hole in the ice. These small, crucial openings are constantly in danger of freezing over; the seals prevent this by raking the new ice out using their long canines. If they lose their way in the dark waters, or venture too deep, they will drown.

Weddell seals are sociable only certain times of year. In winter especially, lone creatures—or a mother and her calf—will patrol preferred fishing spots by themselves. Weather permitting, they come up and bask in the sun. Observers, who have only recently started studying the seal's remarkable underwater habits, tend not to find them nearly as impressive on land. “Hauled out on the ice," biologist Terrie M. Williams notes in Hunter's Breath, a chronicle of her studies of Weddell seals, these high-performing marine mammals appear “overly large, awkward, and lazy. Ignoring your presence, the seal will yawn, scratch its rump with the longer claws of its front flippers, and then roll over to resume its nap." 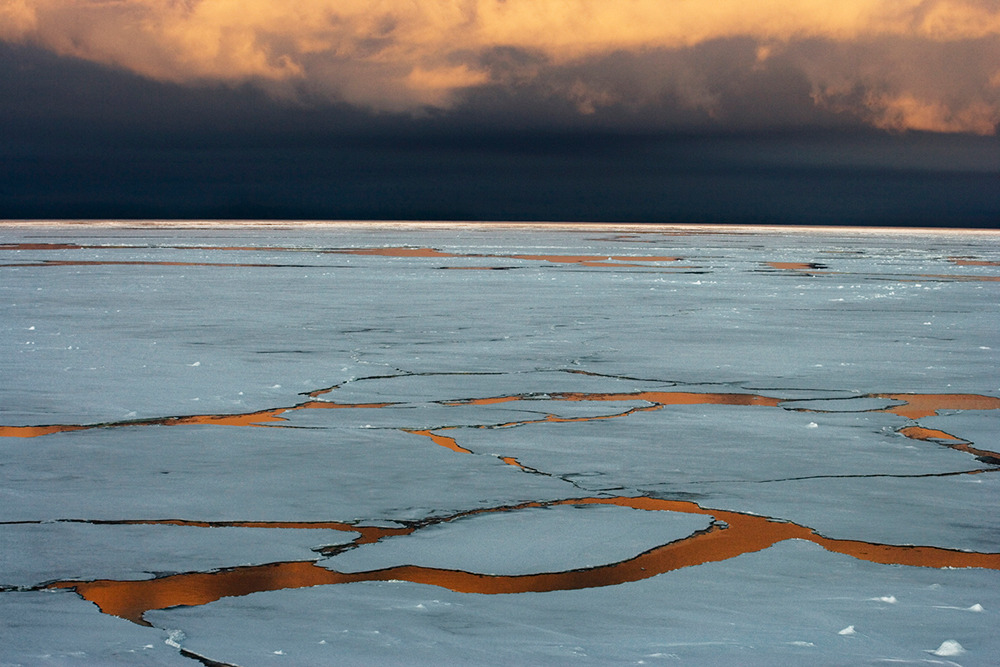 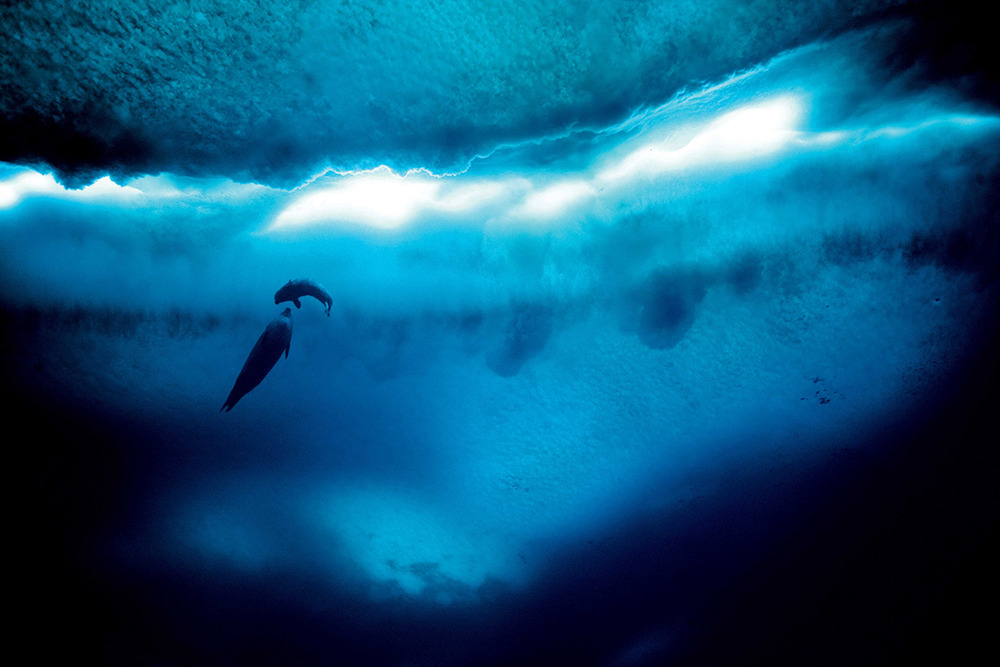 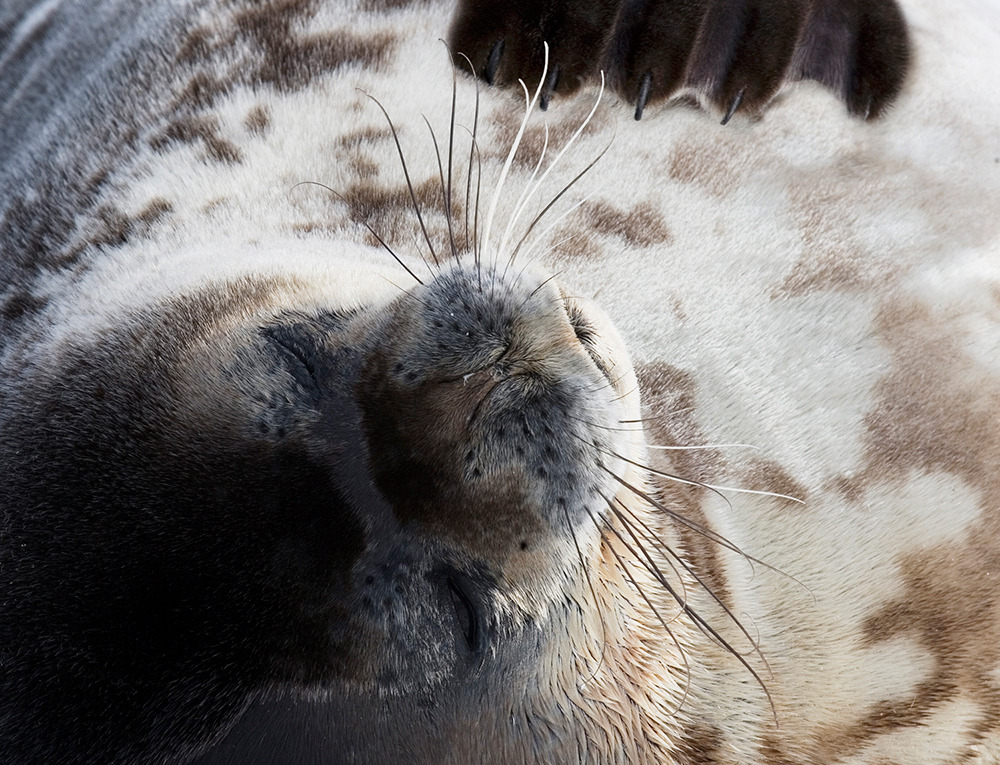