The Crosses of Ethiopia's Orthodox Christians

“Let Ethiopia stretch out its hands to God."

Members of the Ethiopian Orthodox Church, by far the oldest Christian tradition in sub-Saharan Africa, practice in distinctive fashion. They fast often, as the Old Testament advises, and observe the Sabbath on Saturday. Their centuries-old rock churches, such as the one at Lalibela, are considered to be among the planet's man-made wonders. The denomination's faith and heritage lives in smaller material forms, as well: amulets, books, and painted icons. But no class of Ethiopian Christian object is as potent, or as evocative of the intersection of the otherworldly and the everyday, as its crosses.

They come in stunning variety, whether old or new, and are of three types: processional, hand, and neck. The latter, sometimes also called a pendant cross, is typically made of silver or a lesser metal. Hand crosses, which priests use to bless the laity, tend to be of iron or wood. Larger processional crosses are traditionally bronze, and festooned with ribbons during ceremonial use.

The oldest surviving crosses date to the 12th and 13th centuries; they are housed in international museums and in churches and monasteries of the Ethiopia's Christian highlands, in the northern half of the country. (Christianity arrived in Ethiopia, via Syria, in the 4th century.) Antique crosses are brought out for liturgical use.

New crosses are always being made. Aksum, the old imperial capital, is to this day a center for fine metalworking, and its artisans turn them out in styles not found elsewhere. The hand crosses in particular, with their bulb-like finials and flared arms, have a Byzantine intricacy. The iron crosses tend to be simple, while the brass and silver ones are often more elaborate.

Cruciform motifs—painted, embroidered, tattooed—are an ever-present feature in Ethiopian Christian culture. But maybe there is a particular magic to a cross that exists independent of a backdrop, and around which one can close one's hand. Or, considering the fact that priests tap their crosses onto the foreheads, mouths, and cheeks of the faithful, by which one can be touched. 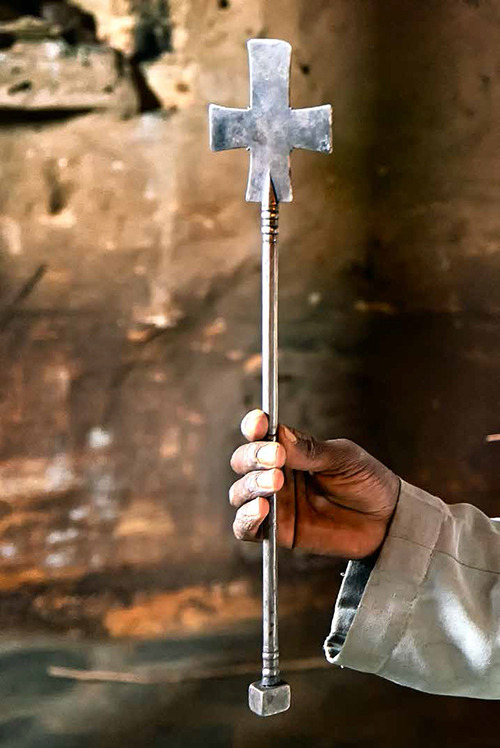 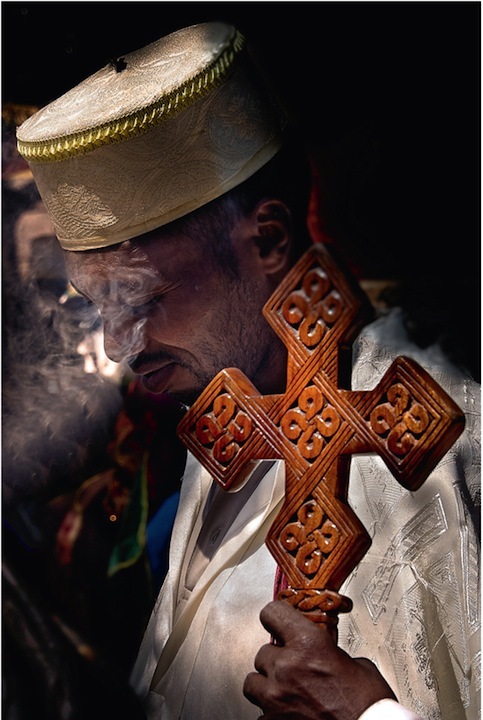 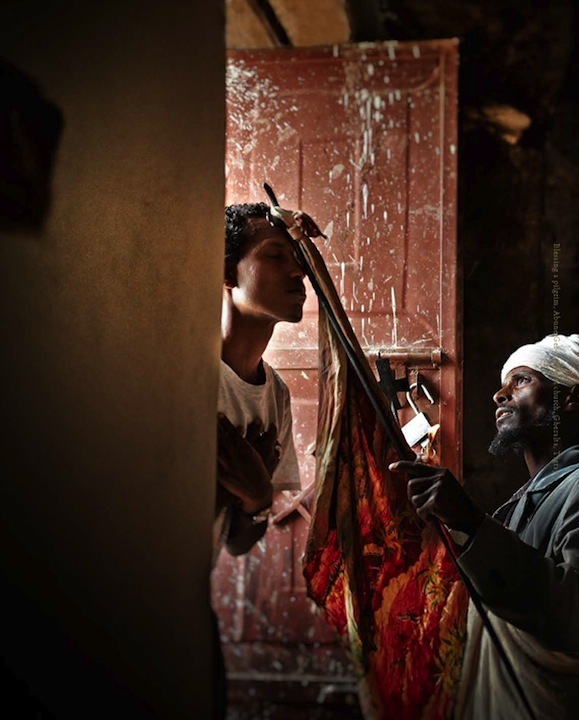