It has an alert face that is parenthetically bracketed with a pair of furry mutton chops; pale eyes, ears tipped with jet-black tufts, and a tawny coat blotched with dark streaks and spots. Even by feline standards, the Iberian lynx (Lynx pardinus) is a remarkable-looking creature. It is also one of the most endangered wildcats in the world.

As the name suggests, this stealthy species is native to Spain and Portugal. Each individual’s elaborate fur pattern is as distinctive as a thumbprint and indicative of where it comes from.

Within the lynx’s preferred habitat of Mediterranean forest, these high-contrast patterns help cloak the animal in near-invisibility, allowing it to move with utmost secrecy through the region’s faded green-and-beige woodlands of mastic, juniper, strawberry trees, and holm and cork oaks.

The victims of their ambushes are nearly always rabbits. While the Labrador-sized cats occasionally prey on red-legged partridge and rodents, rabbits typically make up 90% of an Iberian lynx’s diet. Generally most active at dusk and night, the predator is perfectly adapted for small, fast prey, its skull, jaw and teeth proportioned to facilitate killing them with a single bite. But the lynx’s over-reliance on a single food source is risky, given that rabbits have been prone to decimation: Viral hemorrhagic disease (VHD) and myxomatosis have slashed their numbers in recent years, and lynx populations have suffered accordingly. Some of these fierce hunters have adapted more quickly than others. Northeast of Córdoba, for example, in the Sierra de Andújar, one male has developed a reputation for taking down red deer. But Espuela (as he is known) is larger than most, and this is highly uncommon hunting behavior.

It is thanks in large part to careful management—including captive breeding followed by release in the wild—that lynxes like him are still around to be studied at all. GPS collars have made it easier for researchers to do tracking and monitoring, which has in turn provided valuable information about the animals and their territories. Already the collars have unearthed some astonishing journeys. One relocated male named Kahn travelled more than 310 miles (500 km) after being released southwest of Madrid, a journey that took him across motorways, mountains, and the Tejo river. The cat’s ultimate destination? His birthplace, in Portugal.

The lynx’s search for habitat in today’s crowded Spain is perhaps its most important pursuit of all, and the collars indicate that individuals will travel up to 15 miles (25 km) a day to find it. Some will strike out, return to their release site, and then head out in a different direction several times before finding suitable terrain to settle in.

Having been on the brink of extinction not long ago, the Iberian lynx is now in a better position than it once was. A ban on trophy hunting in the early 1970s failed to prevent its decline. From twelve recorded populations in 1988, the total had dropped to only two by the early aughts. But when the tally of individuals crashed to less than 100, the European Commission’s LIFE program stepped in and helped Iberian lynxes rebound in the wild. The 2016 count was 483. Effects of a June 2017 wildfire in Doñana National Park on the lynx there are as yet unknown.

Though formerly considered a subspecies of the Eurasian lynx (Lynx lynx), the Iberian lynx—smaller, with a shorter coat and more distinctive fur markings—is now classified as its own species. It is presumed to have evolved separately (and migrated westward) several million years ago, during the late Pleistocene era, and it exists nowhere else. It is perhaps for this reason that in the western region of Extremadura, landowners are taking great pride in providing a home for the lynx 20 years after it went locally extinct. A Spanish general has allowed a “soft-release” enclosure of two hectares to be built on his estate, from which 17 individuals have been successfully introduced into the wild since 2014. In 2015, two of the females raised a combined total of six cubs.

To keep cubs fed, a female must kill three or four rabbits a day. The volatility of the food supply is one of several direct threats, another one being vehicles. No amount of stealth can prevent a lynx from becoming road kill. The camouflage so useful for evasion and hunting is, if anything in these situations, a hindrance. 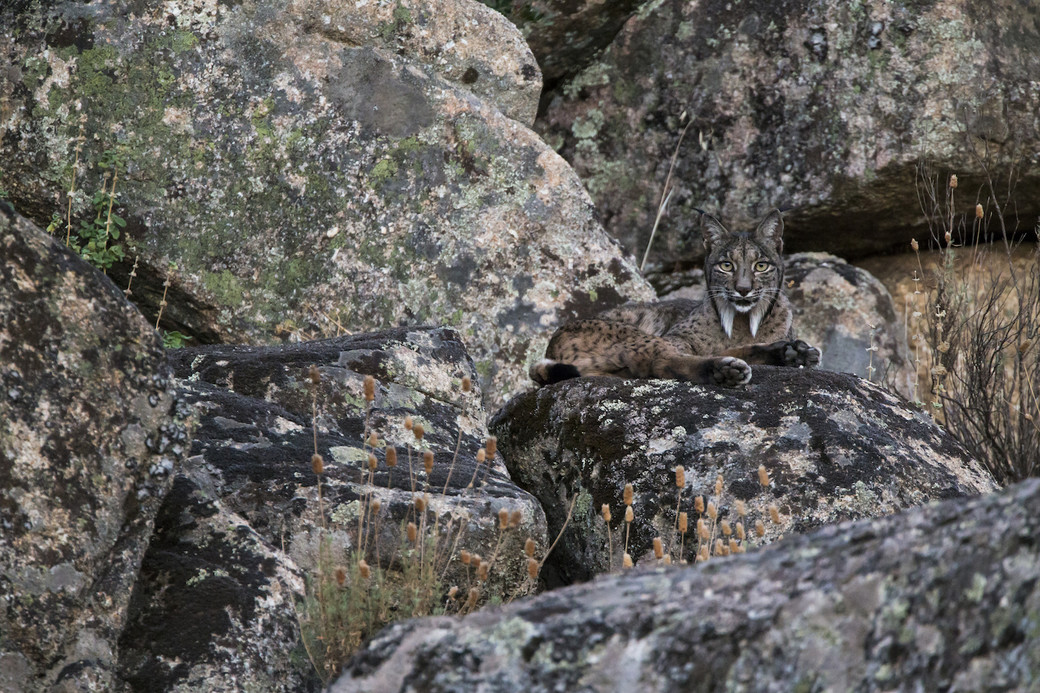 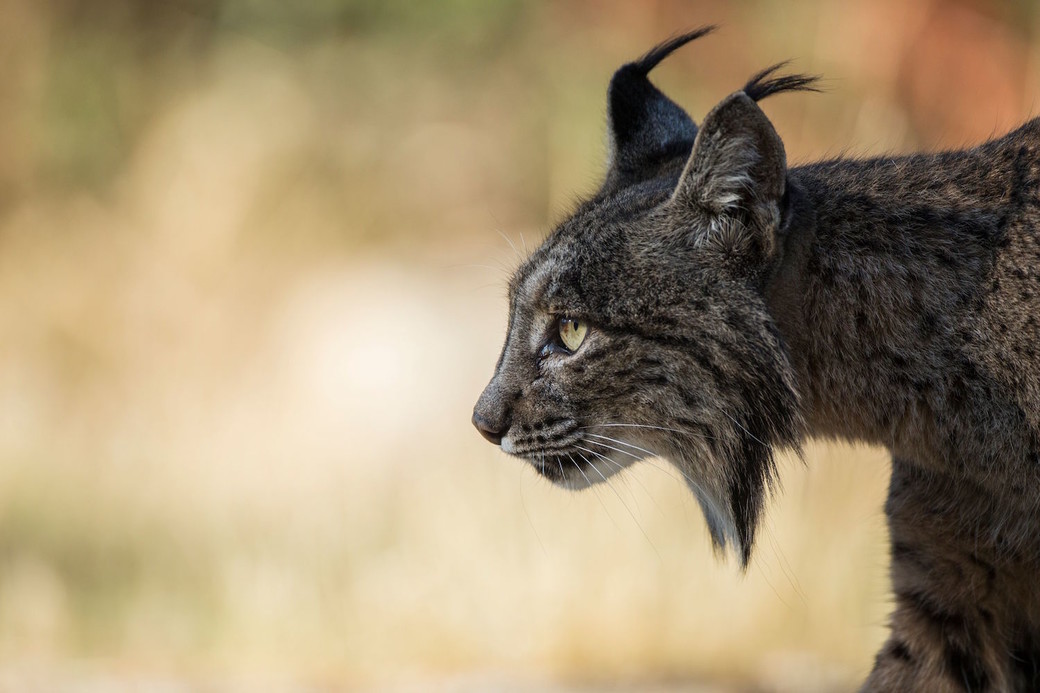 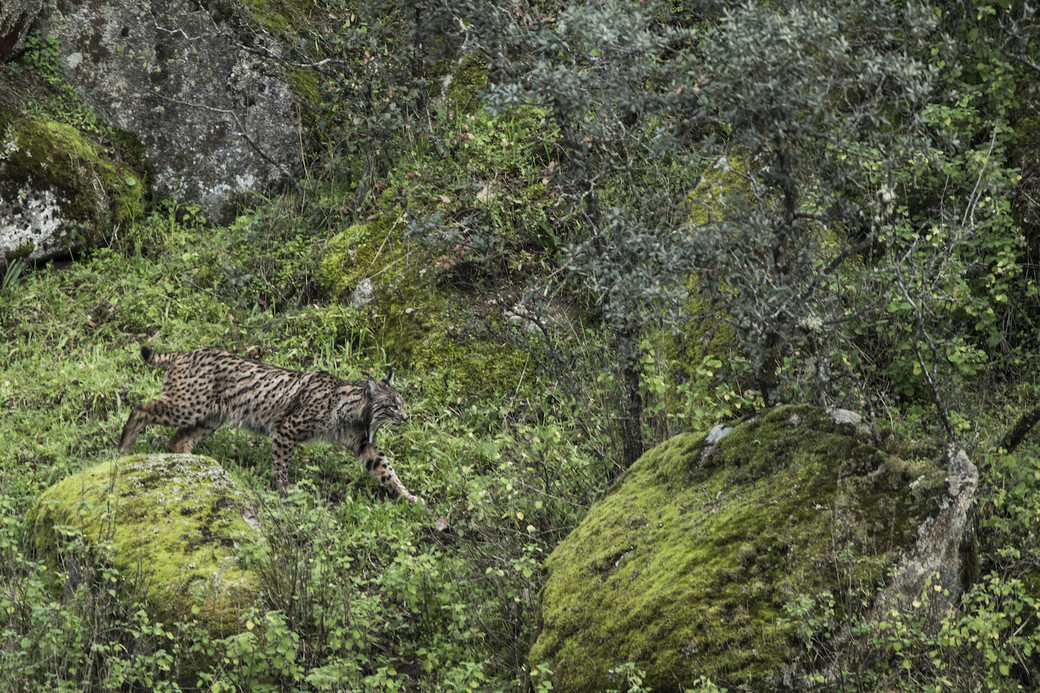