Kumbh Mela, a Hindu festival at the confluence of three sacred rivers, is the largest regular gathering of people on earth. Pilgrims come together at a time and place of divine indication, forming a massive swell of humanity from which a single type usually stands out: the sadhu, or holy man.

Hinduism's wandering monks have been a feature of the Indian subcontinent for 3,000 years. They disdain the conventional way of life, cutting all ties with their family, hometown, and local caste group. They practice celibacy and let their hair grow into long, matted dreadlocks, acts of renunciation thought to infuse them with yogic potency. Their meager earnings come from begging, and beyond the paraphernalia they use for religious rituals they might own nothing more than a scrap of cloth and a cooking vessel.

These ascetics exist both inside and outside traditional Hindu society, Robert Lewis Gross writes in The Sadhus of India, “simultaneously on the edge of the world of men and the threshold of the Absolute.” Nowhere do they occupy this in-between space more dramatically than at the grand Mela, where they go from peripheral figures to masters of ceremonies.

An elite type of sadhu comes to the fore during the morning cleansing ritual. This is the naga sadhus, or naked sadhus, who join to escort pilgrims to the river. They cover themselves in ash, their ghostly pallor suggesting processes of cremation and sacrifice and the ultimate immateriality of the flesh. And they take on a militant air as they lead the charge, waving spears and tridents. Until recently, rival naga sadhu sects did vicious battle for river access. Their wild side now takes milder forms, like smoking hashish and performing feats of strength. (Some of these latter involve the penis.)

Unlike ordinary holy men, the naga sadhus, inspire both fear and respect. They disrupt the social order, even as they remain a somewhat volatile part of it, and inject the Mela's regenerative rituals with a primeval hint of danger. 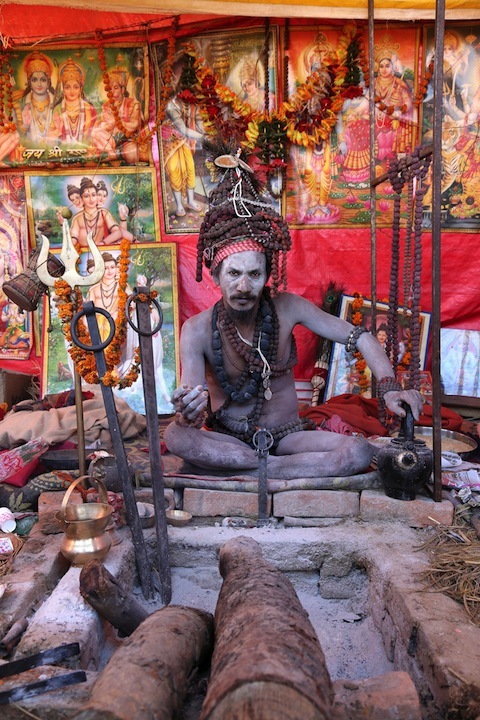 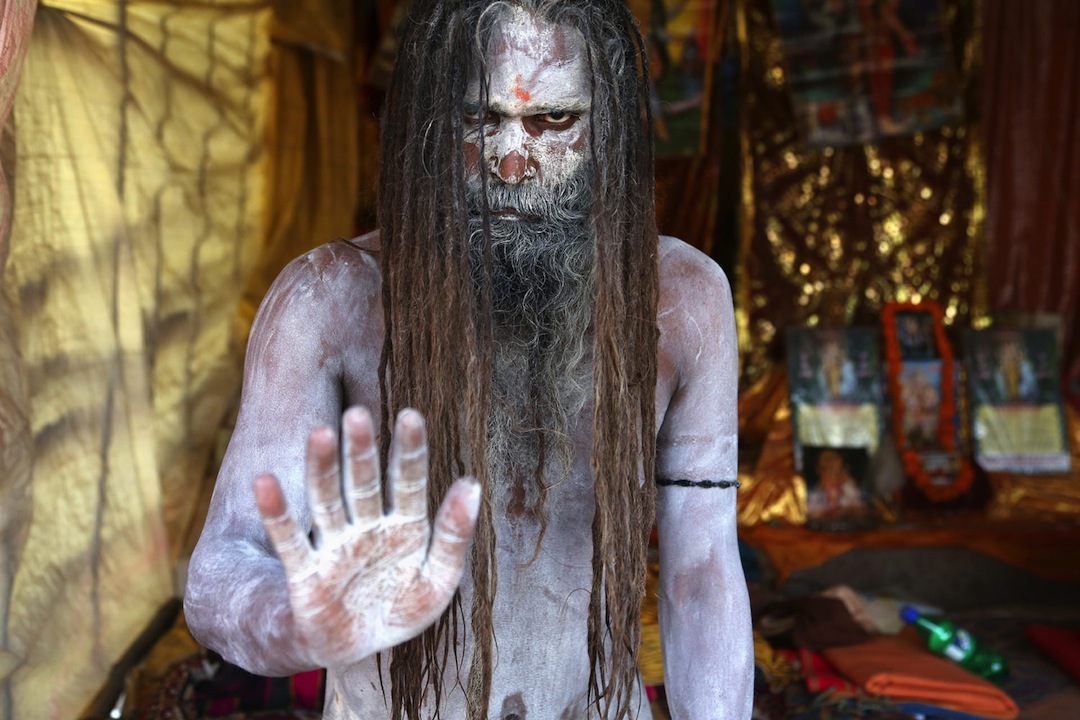