The month of March comes “in like a lion,” people sometimes say. But in Mohács, Hungary, spring arrives like a creature that is not found in nature. It is a shaggy, drunken, man-sized beast with horns on its head and cowbells dangling from its waist.

For centuries, residents of this southern town on the banks of the river Danube have welcomed the changing season by dressing up like these traditional monsters, called busós, and running wild.

They are a highlight of Hungary’s Farsang, or carnival season, an annual celebration thought to have originated hundreds of years ago, with the expulsion of occupying Turks. But that is not the full story: an older one tells of farmers summoning monsters so fearsome they could scare winter itself into retreat.

Both explanations bear on today’s Mohácsi busojárás, a pre-Lenten celebration that looks quite unlike spring carnivals elsewhere on earth. Though it takes place in southern Hungary, the six-day ritual has its roots on the Adriatic coast and is practiced by Sokci, ethnic Croats.

It offers adults a temporary escape from Roman-Catholic propriety, but this Rabelaisian period also serves as a coming-of-age for kids. The Thursday before Ash Wednesday, children acclimate to the scary-looking celebrants by joining them in the town’s Kóló Square. For the next three days, the busós roam the narrow streets—sometimes in procession, sometimes alone—in their masks and hefty sheepskin cloaks. They steer old-fashioned horse-carts through the parade. Groups of friendly busós greet and mingle, cowbells chiming,  and wish their neighbors well. And cheeky busós charge at strangers, seizing them and administering a vigorous rub of the head.

The hand-carved masks have small, deep-set eyes. The brow and nose are prominent. Most are made locally, with animal blood used for some of the pigment. The mask can snarl or smile, and range from the “rough and vulgar to the beautiful and loving,” according to folk artist Englert Antal, who learned the craft at the knee of a master carver named Kalkán Mátyás. “We place ourselves into the masks.”

But for those who wear them, the masks are a rebuke to traditional notions of propriety. They roam the streets, anonymous and emboldened, reveling in a surer and more mischievous self. The committed among them go to great lengths to obscure their identities, swapping masks with others and blackening their faces with smears of ash.

Booze adds to the chaos. Pálinka (fruit brandy) flows in abundance, and sends people crashing. (Many, to be fair, have been walking for miles in a sweltering 50-pound costume.) The more potent rural version of the stuff is known as kerítésszaggató, which translates as ‘fence-ripper.’

During this revelry more than any other, it is acceptable for a man to jump affectionately onto a woman. Mohácsi busojárás is a fertility festival, after all, and while women may now choose to wear masks themselves—and while some men dress as country maidens—certain ancient sex prerogatives haven’t changed. Phallic ornaments enhance the outfit. Some busós wear gourds, and aim to be anatomically correct. Others stuff newspaper into flesh-toned pantyhose, for a leg-sized appendage. Carrying a big stick is popular: a pitchfork or a kereplo, a staff used to scare birds off grapevines. Like the sheepskin, these rustic accessories evoke the region’s rich agrarian heritage.

Come Tuesday, the celebrations reach a crescendo. This is Húshagyókedd, the day before Lent, when the busós begin drinking at first light. It translates as “the day without meat”—a misnomer, for they tuck into giant spreads of venison sausage and goulash. In the main square of Mohács, a raging bonfire burns late into the night. Revelers gather around it, feet stomping, hands and arms linked for the kóló, a regional folk dance. A wood coffin symbolizing winter turns to embers atop the burning pyre. And the busós stagger into bed.

Tomorrow they will go back to their smaller, less hairy selves. Most will return to work, and to the more somber frame of mind it requires. And the ancestral monsters will be put away until next year. 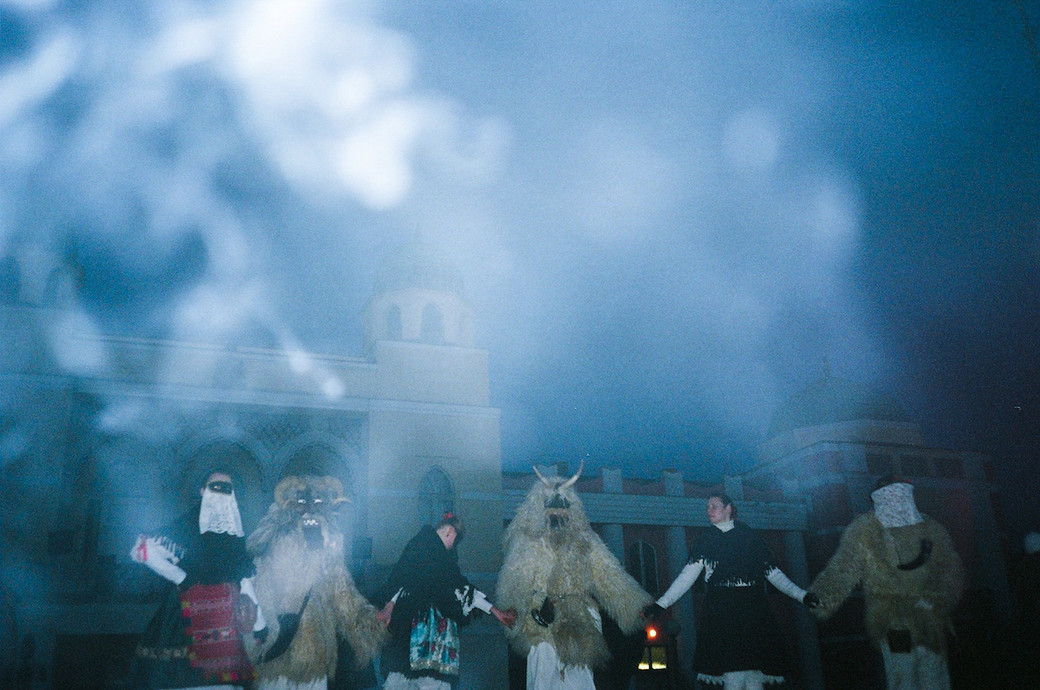 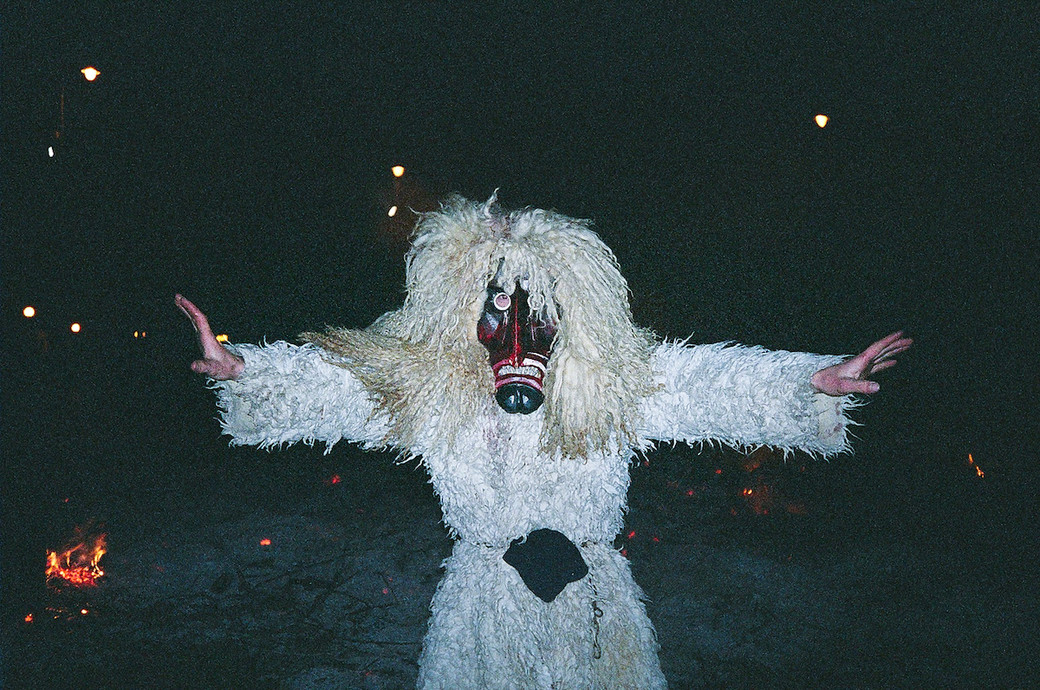 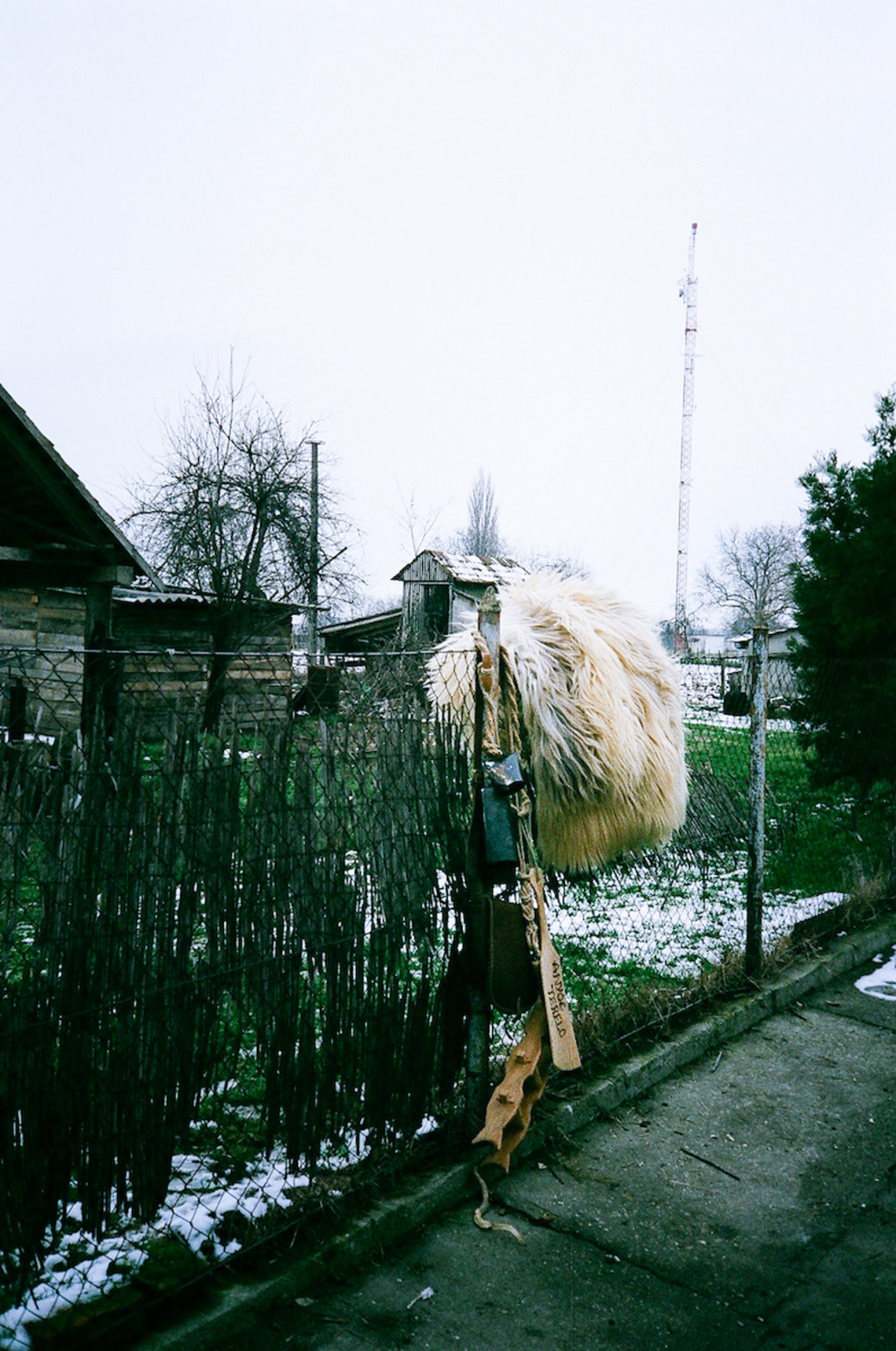