Where anatomical adjustment is for boys, not babies—and they get the royal treatment

Circumcision, or sünnet, is a bigger deal for a man in Turkey than in most other places where it is practiced. Despite a shift towards modern methods—where the foreskin is snipped shortly after birth, in hospital—a considerable number of Turkish boys, including well-off ones who live in cities, go under the knife around the age of seven or eight, when they are old enough to understand some of the ritual's symbolic content. Circumcision marks not the moment a boy becomes a man, but the first step in the process.

Leading up to the dreaded moment, though, he is allowed to be a bit of a spoiled child. A certain amount of coddling is the norm. Boys don a satin cape, beaded crown, and sash; their parents parade them around the neighborhood in a car, honking, and might hire musicians to serenade the little princeling at home. In parts of Turkey, it’s also customary to paint the boy’s hands and feet with henna.

And then there is the cutting ceremony itself, an occasion for unabashed celebration. There is music, food, dance, and a sprinkling of coming-of-age solemnities. It’s like a bar mitzvah, but with a teeth-clenching moment of pain and utter panic thrown in. It is totally acceptable, by the way, for a gaggle of family members to closely observe that moment.

One reason the tradition has endured the way it has in Turkey, including in relatively affluent districts of Istanbul: some of the Ottoman era’s biggest social events were organized around mass circumcisions. The sultan would have thousands of young male subjects snipped in a single day; at day’s end, princes of a certain age would be whisked to private palace rooms and be treated there by a surgeon, who gained considerable prestige in doing so. If the ritual helped cement imperial social hierarchy, the gathering was also a means of bringing society together in a shared rite of masculinity.

The centrality of circumcision rippled through Ottoman arts and sciences. The medical establishment issued formal instructions for removing the foreskin without causing damage, and suggested specific treatments (fine white flour, egg yolk cooked in rosewater) to be administered to the wounded organ. Along with imperial weddings, sünnet celebrations helped spawn the Surname-i Hümayun, a genre of illustrated book that depicted the gifts, banquet settings, and entertainment of these festivals in lavish detail.

All this makes it only slightly less anomalous that there is a commercial institution in Istanbul that offers a 21st-century version of the royal treatment at middle-class rates. Located in the banking district of Levent, Sünnet Sarayi (“Circumcision Palace”) is a specialized event space that takes multiple family bookings during a single session.

It was opened in 1976 by a doctor, Kemal Özkan, who pioneered the use of local anesthetics for male circumcision in the sixties. He claims to have performed more than 100,000 procedures in his lifetime, including many at the behest of local councils, free of charge.

Though his sons have taken over now and Dr. Özkan's business is not as bustling as it once was, it still rankles pediatric surgeons who argue that foreskin removal should be immediate and understated. Perhaps surprisingly, the cost of “Palace” services is comparable to a hospital, and comes with many bonus offerings. Most of them—balloons, a clown, a ride on a toy train—are designed to distract the boys from the terrifying procedure that awaits them.

The boy sits in a velvet throne as an imam reads him Koranic verses. A trained professional does the snipping, which takes thirty seconds or less. The boy is then taken behind a curtain and laid on a bed so that the medical team can clean up the wound, and eventually emerges to the cheers of his family.

At no point does the Koran mention circumcision, but it is generally agreed that a Muslim man either should or must undergo the procedure. (An uncircumcised man cannot, for example, perform the hajj, or pilgrimage to Mecca.) The practice precedes Islam by centuries in the Semitic world, and is required for Jews in the Hebrew Bible. He who doesn’t have his foreskin cut off, the Lord instructs Abraham, “shall be cut off from his people.” 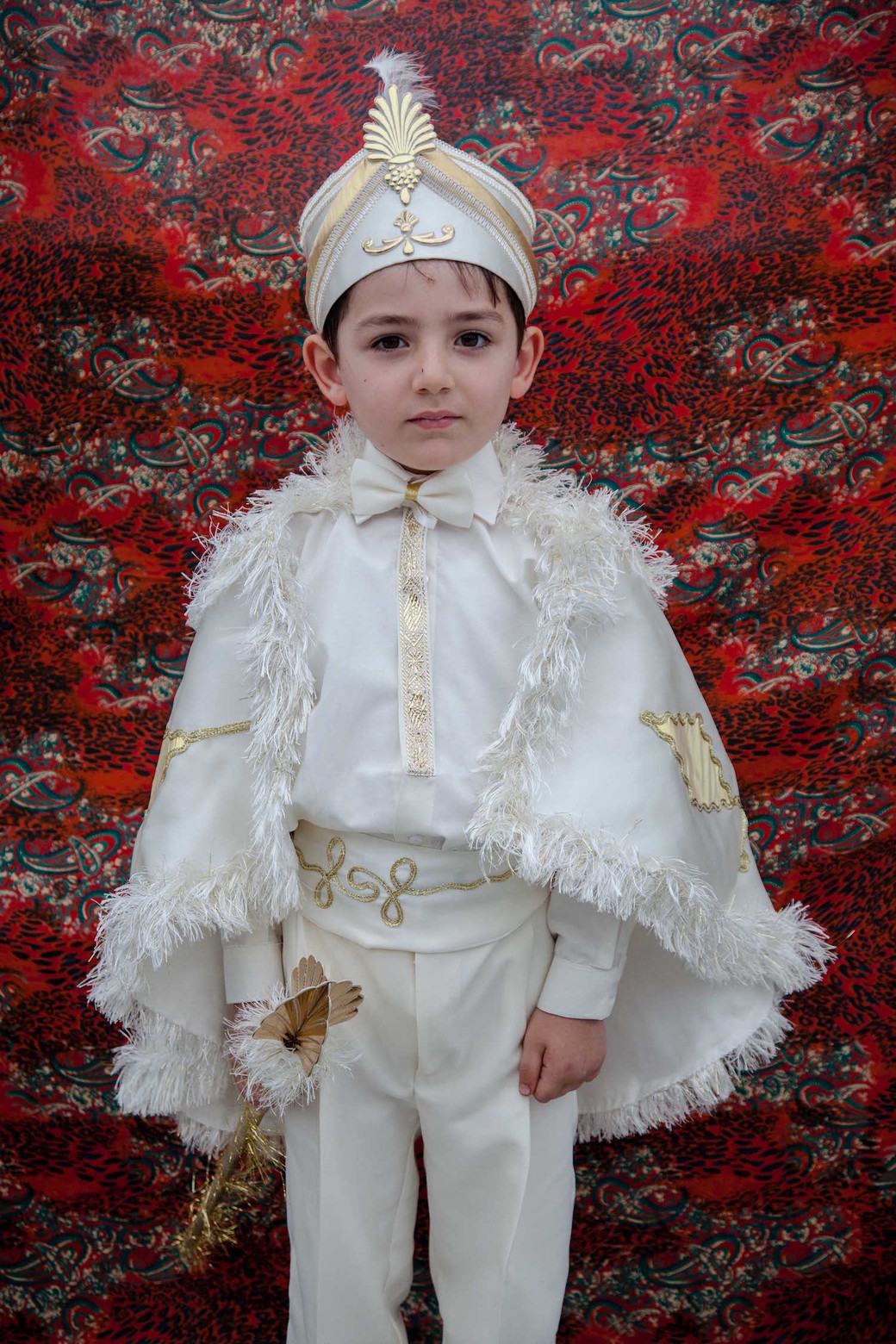 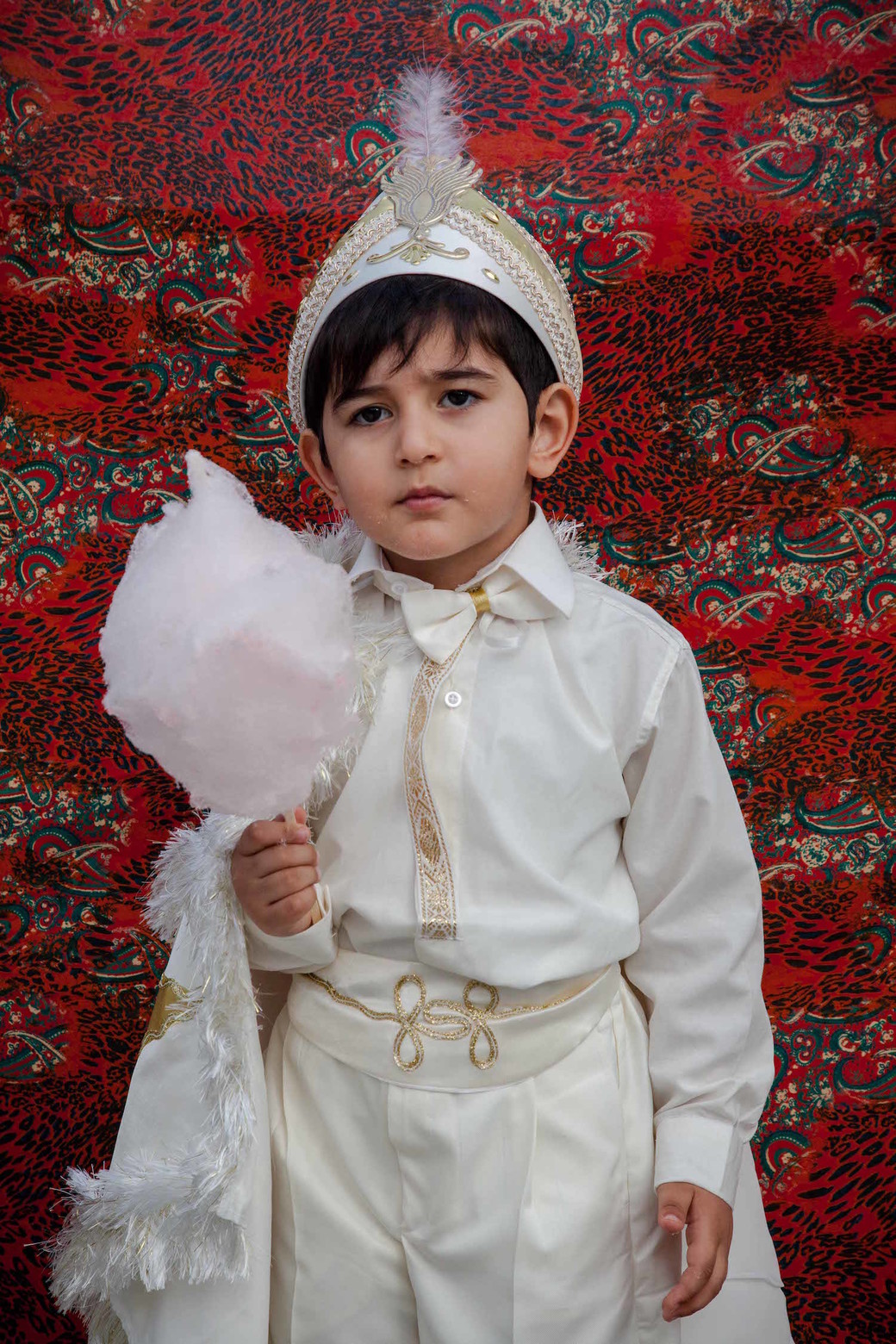 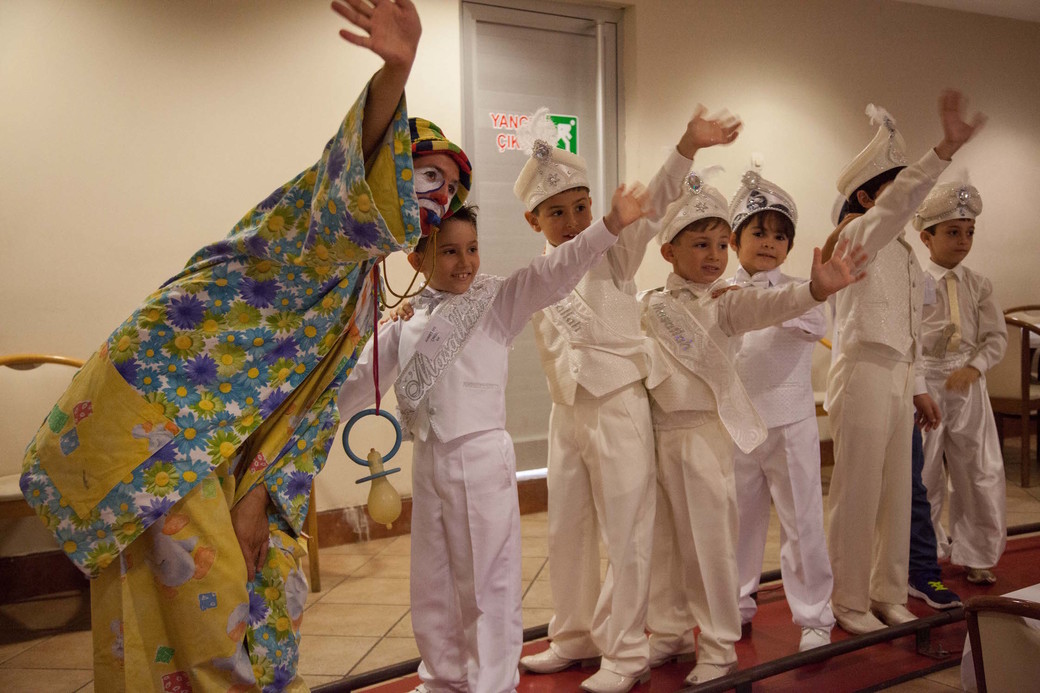